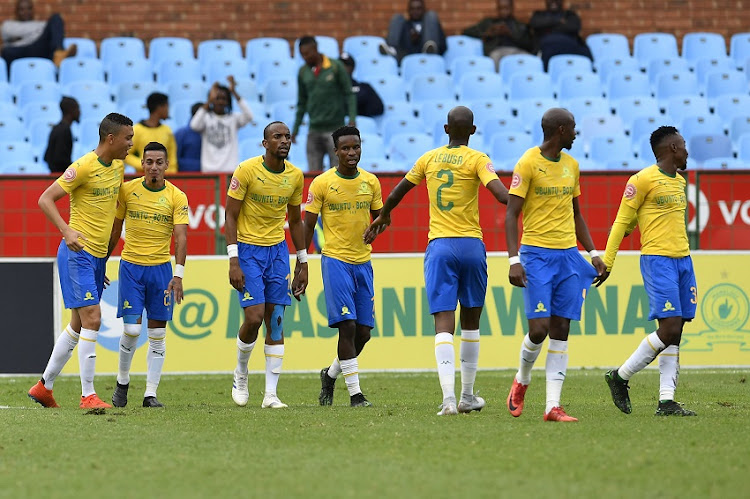 Mamelodi Sundowns’ seemingly never-ending run of games continues on Tuesday when they travel to Thohoyandou to tackle an increasingly desperate Black Leopards in a critical Absa Premiership clash that will have ramifications at both ends of the table.

The match is a catch-up fixture for both sides‚ after which all teams in the division will have played 28 games‚ giving us a clear picture of where things stand going into the penultimate round of matches this coming weekend.

Sundowns could move level with leaders Orlando Pirates at the top of the able with a win‚ and ahead on goal-difference if they claim victory by five or more goals.

They simply cannot afford to drop points at this stage of the campaign as they await their sanction from the Premier Soccer League in the Wayne Arendse affair‚ but will also have an eye on Saturday’s return leg of the African Champions League semifinal with Wydad Casablanca.

Sundowns are 2-1 behind on aggregate but with a crucial away goal and coach Pitso Mosimane must feel they can score at least once at home to turn that tie around.

Having made their way back from Morocco over the weekend‚ key for Mosimane will be striking a balance between resting weary stars‚ yet still having enough bite to hurt Leopards.

He may have a large squad at his disposal‚ but Mosimane still tends to use a small group of players and the likes of Jeremy Brockie‚ Andile Jali and even new signing Emiliano Tade have played little recently and might not be match sharp.

It is an unenviable position‚ but one he will no doubt relish‚ to be challenging for two major honours so late in the season.

Leopards’ need is different‚ a run of five defeats and a draw in their last six games has seen the side sucked into the relegation mix from a seemingly comfortable position.

Saturday’s 2-1 home loss to bottom side Maritzburg United was a particular blow‚ as it leaves Leopards only three points above the automatic relegation position‚ and two from the play-off place.

English coach Dylan Kerr made a bright start at Lidoda Duvha‚ but has since battled to find a winning formula‚ though to be fair that defeat to Maritzburg was their first home loss in nine at the Thohoyandou Stadium.

“Sundowns will be tired as well when they come here‚ from their travelling‚ but the game against Maritzburg was the biggest game for us.

"We’ve let ourselves down‚ the players know that‚” Kerr told reporters.

He will also have a stern word with goalkeeper King Ndlovu‚ who inexplicably pushed and shoved his own players out the way to take a late free-kick against Maritzburg that was predictably ballooned over the bar.

It showed the nerves and desperation within the group‚ something they will have to guard against on Tuesday in what is sure to be another tense encounter.

"He had no right to want to take a free-kick as a goalkeeper‚ even in training he doesn't practice them‚” Kerr said.

"The other players were completely right to remove him‚ Ndlovu was out of line.

"I understand players are frustrated and want to stay in the PSL but what I saw was disappointing.”

History is firmly on Sundowns side‚ they have won the last seven meetings between the clubs dating back to 2007‚ including a comfortable 3-0 home win earlier this campaign.