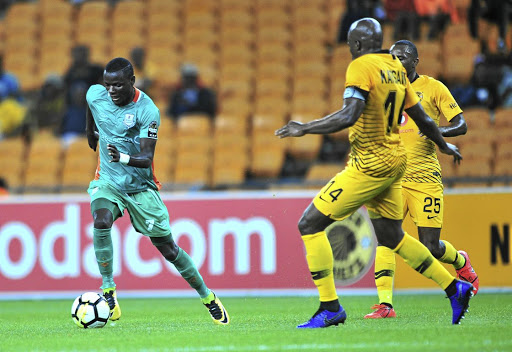 Lazarus Kambole, left, of Zesco United took on Kaizer Chiefs' Willard Katsande and Bernard Parker in the CAF Confed Cup in January. He is set to be their teammate in the new season.
Image: Samuel Shivambu / BackpagePix 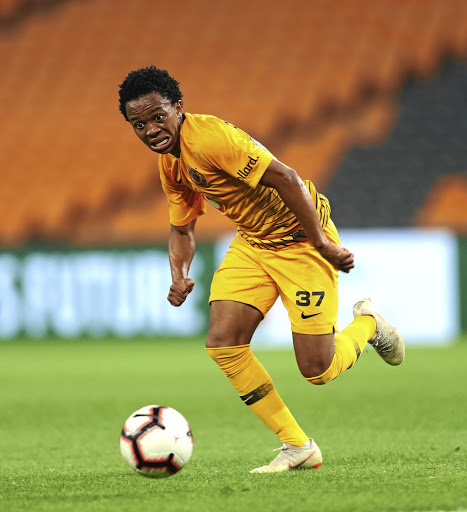 For four seasons, Amakhosi have battled to live up to expectations.

Failure to win the Ke Yona tournament - they face National First Division side TS Galaxy in the decider in Durban on May 18 - would mean four PSL campaigns without a trophy.

This has been unheard of in the club's almost 50 years of existence.

Chiefs, however, may return to their happy days if they come right against the Mpumalanga side.

Not only would coach Ernst Middendorp have pre-season with the team after only arriving almost halfway into this season to replace Giovanni Solinas, but success in the Nedbank Cup would be a motivating factor.

In the league, Chiefs have been adding to the numbers this season and are out of the race with four matches still to play.

There are a number of factors that contributed to their poor showing in the Absa Premiership, such as their poor record at home.

But to be fair, they've also had to contend with injuries to key players. Itumeleng Khune, Mulomowandau Mathoho, Ramahlwe Mphahlele, Lebogang Manyama and Joseph Molangoane have along the way been forced to sit out many matches due to injuries.

To put salt to the wound, even exciting newcomers Happy Mashiane and Nkosingiphile Ngcobo have also been ruled out because of injuries, but these players are all expected to be fully fit for the 2019/2020 campaign.

Sowetan reported recently that Chiefs will go all out for league honours next season to mark the 50 years in style.

True to the murmurs on the corridors, it appears that Middendorp already has one eye on next season. Besides the promoted youngsters, including Njabulo Blom, there are indications that a few players are living on borrowed time.

In refreshing their squad, Sowetan can confirm that Chiefs have their sights firmly on Zambian striker Lazarus Kambole, who turns out for Zesco United.

Kambole, 25, has demonstrated his goalscoring prowess with seven goals in 15 CAF Champions League matches over the past few years. His five-minute hat-trick against Mbabane Swallows of Swaziland last year was confirmed by CAF as the fastest in the history of the tournament.

Chiefs have also been linked with a host of players, including Kambole's Zesco strike partner, Jesse Were, but the former remains a top priority for the Glamour Boys.

They are also thought to be chasing the likes of Bidvest Wits duo Gabadinho Mhango, who's out of contract at the end of June and Thabang Monare.

But having said that, it looks like their current squad just need a few adjustments and with Middendorp showing faith in the recently promoted youngsters, the future looks bright for the Soweto side.

Whether they are going to compete rather than add to the numbers in the league next season remains to be seen.