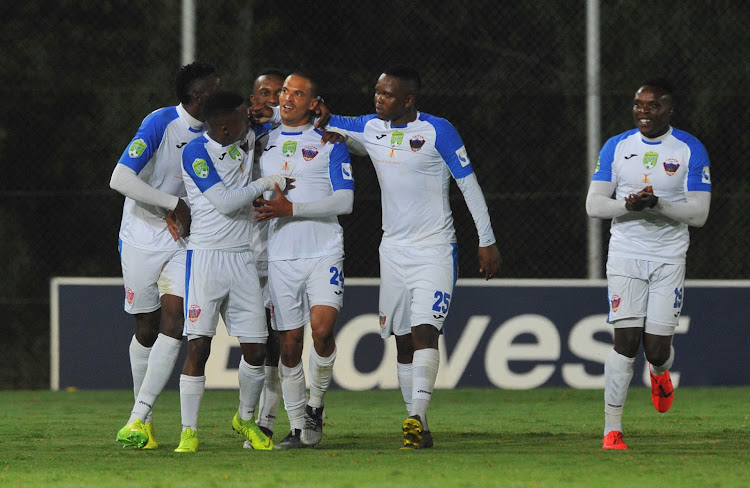 Chippa United coach Clinton Larsen believes a “keeping it simple” strategy against Kaizer Chiefs will be the tonic needed to see his team through to the Nedbank Cup final.

The Chilli Boys face Amakhosi in a much-anticipated semifinal at Nelson Mandela Bay Stadium (8.15pm) on Saturday and go into the game as underdogs.

But‚ they will take comfort in the fact that they have seen off teams like Mamelodi Sundowns and Bidvest Wits when nobody else gave them much of a chance.

“In terms of approach‚ the game is going to very simple.

"(We have) to shut out Kaizer Chiefs’ attack and use our offensive players to pose a huge threat to (their) defence‚ who we feel can be very vulnerable at times‚” Larsen said in Port Elizabeth on Thursday.

“So‚ we are going to expect our attacking unit to really put this Chiefs team under pressure and hopefully as a result‚ score the goals that can see us threw.”

Chippa made their way to the semi-finals of the competition after beating Wits 5-3 on penalties. The game ended in a 4-4 deadlock through extra time.

Winning Saturday’s fixture will be of utmost importance to the team as it would see them participate in their first-ever cup final since joining the top flight of South African football.

They realise though that to achieve this they will still have get over the hurdle in the form of the Soweto Giants.

“We know it is not going to be easy.

"There are no easy games in the PSL‚ but we have proven this season that we can beat the top teams and we will draw a lot of inspiration from that.

“We have done it against Sundowns and Wits‚ all be it in a very hard way. We believe at this moment we are one of the form teams in the league‚ bar the results against Wits‚ Black Leopard and SuperSport United in the league.

“We do believe that we have a strong squad that is playing good football. We are looking forward to what is going to be a very difficult game and we are confident in our preparations so far.

“We are also confident with the way the players are looking at training and we have a very strong belief within the squad that we are peaking at the right moment and are ready for the challenge ahead.”

Larsen has tasted cup success as a player for both Manning Rangers and Orlando Pirates. He also won the Telkom Cup in 2013 as the coach of Bloemfontein Celtic.

Asked if he would like to add another string to his impressive bow‚ Larsen said: “No‚ for me its not important.

“I always say that the stars of the show are the players‚ not the management and the coaches. It’s the players who go out there and perform and entertain the country.

“So for me‚ by them doing well and winning the cup it’s just another accolade that comes towards me‚ but that is not important.”

“Yes‚ I have managed a team in one final before and won it at Moses Madiba Stadium‚ but its all about the players.”

The coach said he was very fortunate to have the calibre of players he has in his squad at the moment.

He said many of them had won things in the past but that there were a lot of younger players who have not won a trophy yet.

He believes the time is right now for them to also join the winners’ circle.