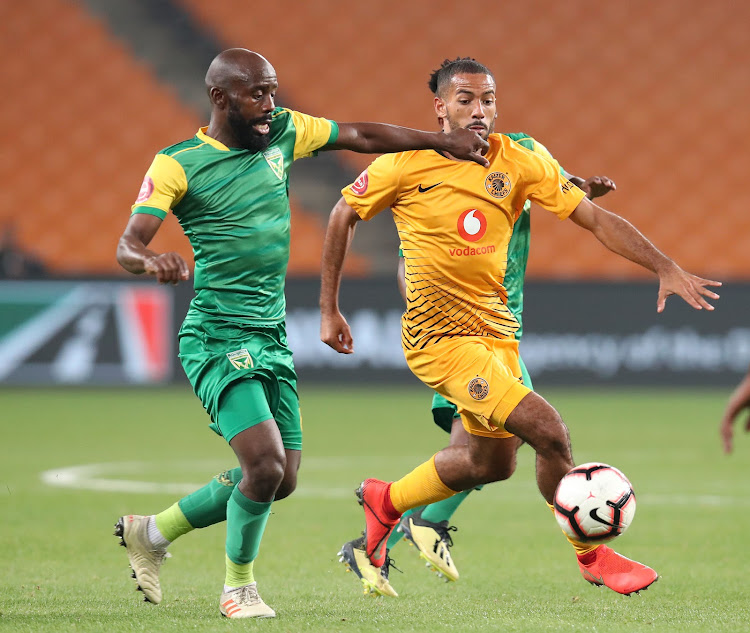 Kaizer Chiefs plucked a draw from the jaws of victory, having to settle for a 1-1 scoreline that belied their almost complete domination of Lamontville Golden Arrows in Wednesday night's Absa Premiership matchup at FNB Stadium.

After Chiefs had spurned a flow of chances, finally centreback Kgotso Moleko buried a header in the 77th.

In an intriguing subplot of the matchup at a personal level between former Chiefs coach Steve Komphela and current incumbent Ernst Middendorp, neither could prevail.

But it was Middendorp who might take some small satisfaction  – mixed, no doubt, with a healthy dose of extreme frustration – as Chiefs missed chance after chance and Arrows scored from practically their lone opportunity.

Amakhosi, after their high of an epic 4-2 Nedbank Cup semifinal win against Chippa United in Port Elizabeth on Saturday, seemed determined not to repeat their league sag they suffered after their quarterfinal victory against Cape Town City.

Pretty much everything was there for Amakhosi, except luck and a finish or two – or four – more, as they struck the woodwork three times.

Middendorp did not have star attacker Khama Billiat, perhaps shaken by a minor car accident on Sunday, in Chiefs' match 18.

Amakhosi pierced an Arrows defence struggling with the home team’s crisp, attractive patterns with some comfort for the opening half-hour.

Between the 27th and 29th minutes Chiefs should have taken the lead.

Hendrick Ekstein passed Reeve Frosler down the right, the fullback's shot on, unlike a similar earlier effort, on target but with less power and palmed round by Maximillian Mbaeva.

The resultant corner by Bernard Parker was cleared to Philani Zulu, who, with a short backlift, produced a power strike onto the crossbar. Then Parker chested into the path of Ekstein to lift a shot over.

Predictably, as Chiefs could not score, and Arrows produced a lone chance, the Durban team profited from it.

Knox Mutizwa's dangerous cross could only be cleared by Moleko's sliding clearance into the path of Sanele Mathenjwa, who advanced down the left and backheeled to Sibiya, who had plenty of work to do curling a classy strike round Daniel Akpeyi.

Chiefs continued to be confounded by matters of centimeters after the break.

Substitute Ryan Moon, on for Ekstein, saw a shot tipped over by Mbaeva. From Parker's corner the centreback pairing of Daniel Cardoso and Moleko picked out almost the exact same spot on the bar with a volley and a header.

Finally, when Chiefs got the goal they deserved it was buried with a simplicity – Moleko rising to power a header from substitute George Maluleka's corner – that made all Amakhosi's previous finishing failures appear immensely complicated.