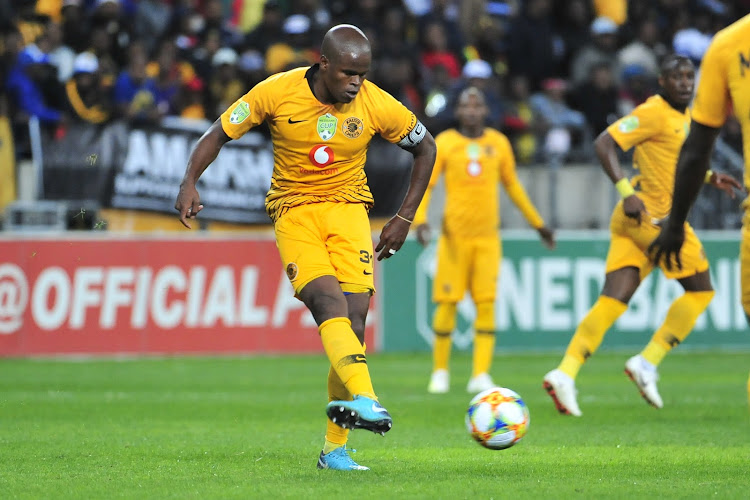 Kaizer Chiefs coach Ernst Middendorp applauded his captain Willard Katsande and said the midfield strongman played a central role in the side's 4-2 win against Chippa United in the semifinals of the Nedbank Cup at Nelson Mandela Bay Stadium at the weekend.

The German tactician said Katsande should have been awarded the man-of-the-match accolade as Chiefs came one game away from ending a four-year trophy drought that has been their Achilles' heel since former coach Stuart Baxter led them to silverware in 2015.

The award was handed to Chiefs star Khama Billiat instead and Middendorp said he was puzzled by the criteria that is used to decide who should be awarded the gong.

“Sometimes I’m wondering about the man of the match (award)‚” said the Chiefs coach.

“As I said after the (Black) Leopards match (last weekend)‚ Jesus!

"Today I have seen many candidates (for man-of-the-match) and definitely Khama (Billiat) deserves it‚ there’s no doubt about it.

“I can tell you that I went immediately to the centre of the field where the captain Katsande was talking to the referees‚ I said to him ‘I don’t’ know who is the man-of-the-match officially‚ but I think for me you are’.

TS Galaxy coach Dan Malesela put on a show and gave a sneak peek into his silky skills on the dance floor after his charges beat Golden Arrows 3-1 in ...
Sport
2 years ago

“His entire performance was very critical and I think we are definitely finding our process of understanding each other about how we want to have it‚ how we want to play out of his position.

Amakhosi will be huge favourites to lift the trophy when they meet National First Division side TS Galaxy in the final at Moses Mabhida Stadium in Durban on May 18.

Katsande was a colossus in midfield alongside George Maluleke just behind fast-improving Madagascar international Aro Andrianarimanana‚ who also brought Chiefs back into the game when he equalised to make the score 2-2 in the 75th minute.

Bernard Parker and Khama Billiat scored two late goals to wrap up the win for the visitors.

Katsande had a massive influence in bringing Chiefs back to the winning margin after Chippa had made a remarkable comeback and took a 2-1 lead in the middle of the second half at a near-full and buzzing Nelson Mandela Bay Stadium.

The match was a second start in succession for Katsande in a long time after Middendorp had preferred to use Maluleka since his return to the Glamour Boys in December.

Against Chippa‚ who were seeking their first appearance in the final since they were launched ten years ago‚ the veteran Zimbabwean midfielder delivered one of his polished displays‚ often breaking down the home side’s attacks and launching his own.

In one of those forays forward‚ Katsande led Amakhosi to their most important equaliser when victory appeared to be in doubt after Chippa took the lead with 20 minutes to go.

Chiefs had gone to half-time leading 1-0 from a Dumsani Zuma’s strike but goals by Chilli Boys skipper Andile Mbenyane and Lerato Manzini gave the home side the lead before Katsande rolled back the years‚ fighting and winning possession on the right flank and then passed to Zuma‚ who squared for Andrianarimanana to score the vital equaliser.

Middendorp explained that his main concern about Katsande when he arrived at Chiefs after replace Italian Giovanni Solinas in December‚ was that he was playing too many back and sideways passes instead of influencing the game down the middle.

“I was criticizing mainly the passing back‚ the passing to the side and if you see him at the moment that’s definitely what he is taking (out of his game)‚ to go with the forward passing‚” said the 60-year-old mentor.

“That was a bit missing in the beginning and we struggled to get it right but we are on a right path as we’ve seen today.”

At 33 years old though‚ Katsande is no longer a spring chicken and Middendorp is fully aware that he may well have to find cover for the Zimbabwean in the coming season.

But what also pleased Middendorp was the consistent top form shown by Andrianarimanana‚ scoring his second goal in successive matches after also hitting the back of the net with his first goal for the club in the 1-1 league draw against Leopards in Thohoyandou last week.