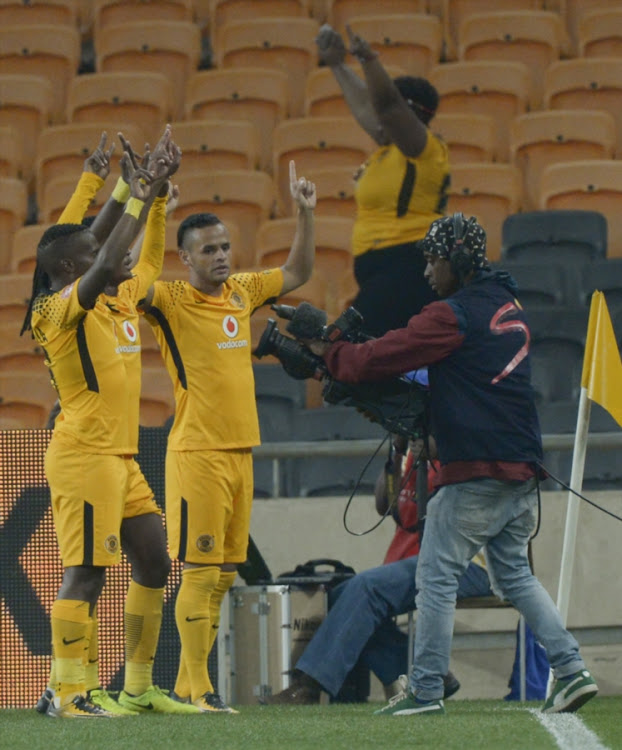 Kaizer Chiefs have the best chance to end their unprecedentedly long spell without a trophy after producing a brilliant second half come back to beat Chippa United 4-2 in a pulsating Nedbank Cup semi-final at the Nelson Mandela Bay Stadium on Saturday night.

Amakhosi looked beaten when Chippa took the lead midway through the second half when Andile Mbenyane and Lerato Manzini’s goal cancelled Dumsani Zuma strike that had given the visitors a 1-0 lead at halft-time.

Ernst Middendorp side refused to give up the fight, storming back with an equaliser by Madagascan international Aro Andrianarimanana 15 minutes from time before Bernard Parker and Khama Billiat added two to take the Glamour Boys to their first final since December 2015.

Chiefs will be overwhelming favourites to lift their first trophy since 2014 when they meet National First Division side FC Galaxy at the Moses Mabhida Stadium in Durban on May 18.

Amakhosi deserved their victory and Zuma’s opening goal, although seen as a gift from Chippa goalkeeper Mbongeni Mzimela, came as a result of consistent pressure they had put on the home side in a match they had 90% of close to 30 000 spectators backing them.

Zuma’s goal, a second in this competition, was an easy tap in after Mzimela fumbled Khama Billiat’s misplaced pass. But it came as Chiefs had put the Chilli Boys under the fire in the first 30 minutes in which four Chippa players found themselves with yellow cards for rough tackles as the visitors raided their area in search of the opening goal.

Chippa did try to find their rhythm in the second stanza but and their efforts looked to have paid off when they took the lead with Manzini’s tap in off Thabo Rakhale cross.

Once again Middendorp made a couple changes to his starting XI, this time returning Bruce Bvuma in gaols, defender Teenage Hadebe and George Maluleka partnering skipper Willard Katsande after a while the latter had been starting on the bench.

Amakhosi last won a cup competition in 2014, when they defeated Orlando Pirates 1-0 in the MTN8 final played at the Moses Mabhida Stadium, the same venue they will meet National First Division team FC Galaxy at on May 18.

Ironically, to make it to their first ever final Galaxy beat a Golden Arrows side coached by former Chiefs mentor, Steve Komphela, the man who recently presided over an unprecedented three-year barren spell at Chiefs.

Under Komphela, Chiefs lost in the finals of MTN 8 (1-0 to Ajax Cape Town) and Telkom Knockout (3-1 to Mamelodi Sundows) in his first season at Naturena.

Chiefs have had success on just one occasion since Nedbank took over sponsoring of the competition 11 years ago, Bernard Parker's goal giving them the 2013 title following a 1-0 win over SuperSport United at the same overly-preferred Durban stadium.

The May 18 final at will be the fourth of this competition played in Mabhida in 11 years.

Chippa were hoping to win their first trophy since their establishment as a club from Cape Town nearly ten years ago.

The defeat means the Chilli Boys will now concentrate all their efforts in fighting relegation as they are currently sitting third from bottom with only four games to go and four points separating them from basement club, Maritzburg United.