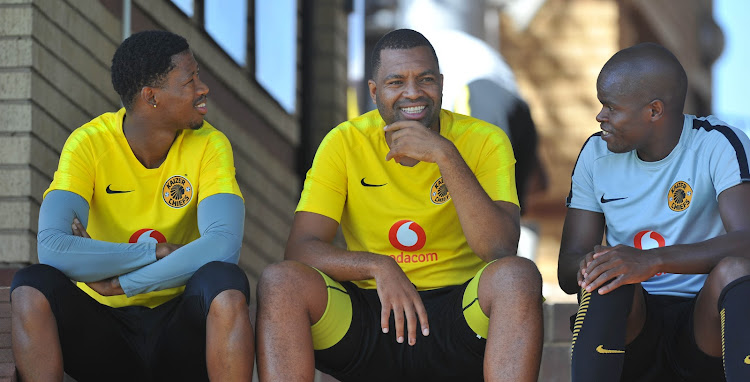 Kaizer Chiefs' remaining matches this season could determined whether goalkeeper Itumeleng Khune will board the flight to the African Nations Cup with Bafana Bafana in June.

Bafana coach Stuart Baxter revealed that Khune has returned from a long injury absence and has resumed training at Chiefs.

The Briton said the goalkeeper could be considered for Bafana selection if Chiefs field him in these final weeks of the premiership campaign and the level of his fitness will determine whether he will be part of the side that represents South Africa in the matches against Ivory Coast‚ Namibia and Morocco in Group D.

Baxter is being kept well abreast of Khune's recovery from the arm injury he suffered before the end of 2018 as his son Lee is part of the technical set-up at Chiefs as goalkeeper coach.

“Khune is training fully (at Chiefs) and it’s now a matter of being match fit‚” said Baxter of Khune‚ who will turn 32 four days before Bafana’s first match against Ivory Coast on June 24.

Bafana will play their second Afcon match against Namibia on June 28 and complete their group assignment against Morocco on July 1.

As the most capped Bafana player (89 caps)‚ Baxter has never hidden how much he values Khune’s presence in the national team.

Kaizer Motaung has welcomed the punishment handed out to some of the hooligans who were responsible for the violent scenes that erupted at Moses ...
Sport
2 years ago

“He will have to play games before we could consider him‚" he said.

"But I will be in contact obviously‚ through Lee and through Chiefs to monitor his progress from here until the end of the season.

“But I don’t see him now close to playing any games yet‚ but obviously we need that to happen.”

If Khune fails to make it to Egypt‚ Baxter has Darren Keet as an able replacement.

The Bidvest Wits goalminder made a number of brilliant saves as Bafana confirmed their spot in the Afcon with a 2-1 win over the Libyans when they need a point to qualify to Egypt.

Bafana will play all their Group D matches at the Al Salam Stadium in Cairo and will move if they fail to finish on top.

Bafana have never tasted defeat against all their opponents in nine previous Afcon tournaments.