Tjo! Moleko questions whether Chiefs players ever believed they could win the league 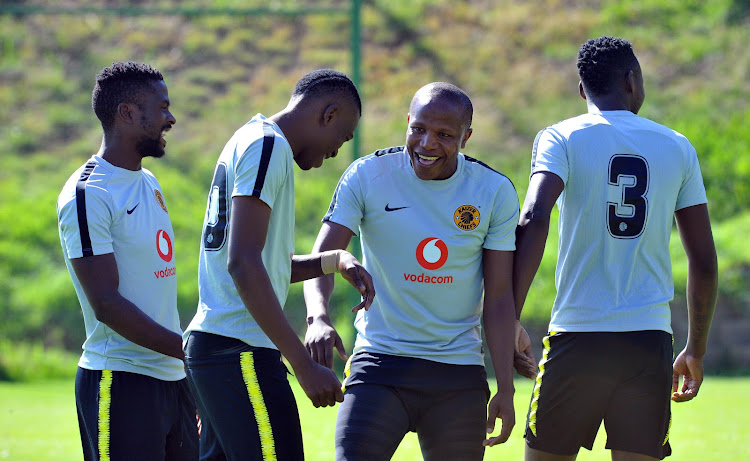 Kaizer Chiefs right-back Kgotso Moleko has said that he is not sure the club’s players were ever convinced they could win this season’s Absa Premiership.

With Chiefs now firmly out of the league title race in seventh place‚ 13 points behind leaders Orlando Pirates‚ their hopes of preventing a four-season trophy drought rest with Saturday’s Nedbank Cup semifinal against Chippa United at Nelson Mandela Bay Stadium.

As Amakhosi have slowly drifted out of league contention in the past two months‚ various players have weighed in on whether they remained contenders.

Moleko’s fellow right-back Ramahlwe Mphahlele said a few weeks ago Chiefs were out of the race‚ then corrected himself a while later saying they still had a chance.

Now Moleko has questioned whether any Chiefs player ever really believed the team were in with a chance in a season in which Amakhosi suffered from a muddled start under first coach Giovanni Solinas‚ even if they showed signs of improvement from Ernst Middendorp’s arrival in December.

“I think‚ to be honest‚ I’ll say that us as players‚ I don’t know if we were aware of if we had a chance to win the league‚” Moleko said on Wednesday.

“I think some of us were not aware of that. I think maybe some of the coaches were aware‚ more than the players.

“So I think this cup game is our last chance to try and win something so that we can boost our chances for next season.

“I think if we can win this cup it will be much better for some of us.

“Some of the guys have never won anything. So if you can taste something that’s sweet‚ you might come back for more.”

Kaizer Chiefs can put their calculators away, because even their mathematical chance of winning the Absa Premiership is now gone.
Sport
2 years ago

Since then they have been somewhat flat in a 1-0 home league defeat against Baroka FC and 1-1 away draw against Black Leopards.

Moleko warned Chiefs are sure to need a performance closer to the one against City to overcome Clinton Larsen’s tightly-organised Chippa.

“We’re playing a good side. In our past two games‚ I’m not saying those teams were weak‚ but I think Chippa are a better team than our past games‚” the defender said.

“Cup games are difficult. And it’s all about how you prepare for the game.

“The players are hungry to play the game like we did against Cape Town City.”

Chippa‚ battling relegation in 14th place in the PSL‚ are coming off a 1-0 away league win against AmaZulu followed by a 1-0 home defeat against Bidvest Wits.