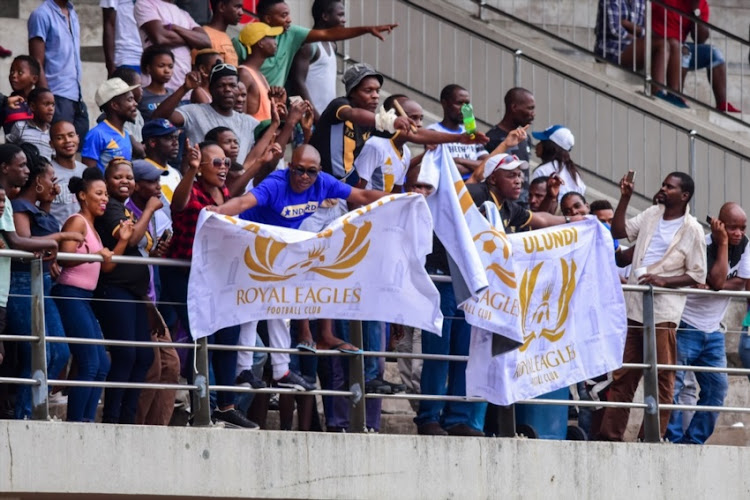 Royal Eagles's interim coach Sazi Ngubane is optimistic he'll be given the job permanently at the end of the season.

Since taking over after Roger Sikhakhane's death in November last year, Ngubane has done a tremendous job in steering Eagles to be one of the National First Division (NFD) pacesetters as they are currently second on the table.

"The management and everyone involved with this club have shown faith in me. I am positive that at the end of the season I'll be a permanent coach," Ngubane told Sowetan yesterday.

While it's been somewhat of a trend for NFD clubs to dump promotion-winning coaches, Ngubane, 52, is unfazed by this strange behaviour.

Allan Freese is a perfect example, as he was fired by Highlands Park just five games into their rookie season in 2017, after he had secure promotion for the Lions of the North.

Ngubane, an AmaZulu defender in his heyday, has credited the team's camaraderie amid their rich vein of form. The KwaZulu-Natal-based club thumped Pretoria University 5-0 at the weekend.