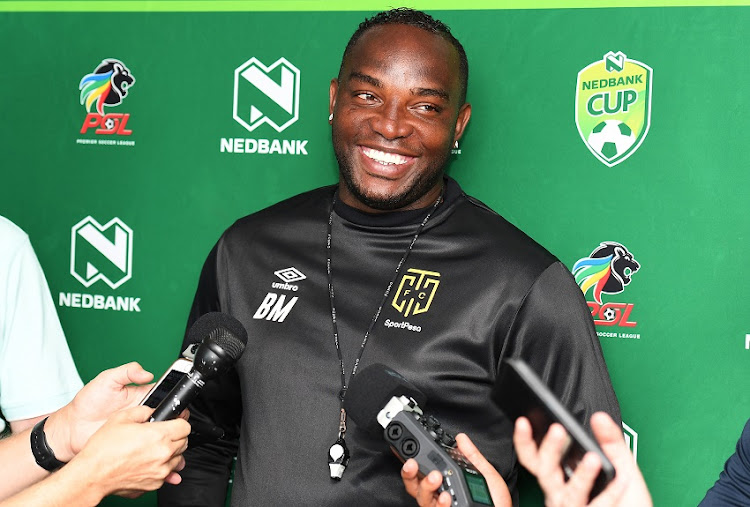 Bafana Bafana’s record goal-scorer Benni McCarthy is glad to see that Percy Tau has taken to heart a piece of advice he shared with the current star of the national team.

Tau scored two superb goals to ensure South Africa’s qualification for the Africa Cup of Nations finals as they defeated Libya 2-1 in neutral Tunisia on Sunday‚ with the former Mamelodi Sundowns forward showing all his quality.

McCarthy reveals he previously had a conversation with Tau‚ who had sought his advice‚ and says the player appears to have listened to him.

"He has got the capability‚ he is a special talent and a special player. I have been a fan of his since I first saw him play at Sundowns‚” McCarthy says.

“I was fortunate enough to have a conversation with him and he asked me a question about [playing at] the top level and the advice that I gave him‚ and I am glad that he has taken it in‚ is that he needs to be a little bit more selfish.

“He is too nice of a player‚ he has the skill‚ ability and the brains‚ he knows when to slip people in‚ but he is too eager to let everybody else get in on the act instead of him being a bit more selfish and going for goal.

“That will change his whole game-plan‚ his character and who he is.

"Not that you should be greedy‚ but as a striker‚ in certain situations‚ you put the blinkers on and you can’t see anything that is on the side‚ only what is front of you.”

McCarthy says he saw evidence of that from Tau on Sunday‚ as the forward rifled the ball into the top corner from the edge of the box with options for a pass around him‚ and then curled a superb shot into the far corner from a tight angle.

“If you look at the first goal he scored‚ he actually wanted to pass the ball and I thought to myself‚ ‘it’s open‚ have a ping!”.

"Gladly he did and he found the top corner‚” McCarthy says.

“The second one also‚ he could have chipped it in for the attacking players from that corner‚ but instead he used his guile and finesse‚ used the defender as a guide and clipped it around him to send Bafana through.

“If he is a bit greedy at the right moment and grabs that opportunity to score‚ he will score plenty of goals and he will take Bafana to the levels where they should reach‚ because that is what we need‚ goal-scorers.”

Tau had an excellent chance to net a third and in doing so become just the second Bafana player‚ after McCarthy‚ to net a hat-trick in the 27 years of the national team since readmission.

“I was a bit gutted that he didn’t get it!” McCarthy says.

“I am sick of people saying that I'm the only player to score a hat-trick in a Bafana shirt. I so wanted him to join the ranks‚ it is amazing being at the top‚ but it’s bloody lonely man!

“I need some company and Percy seems like he would have been the perfect company to with which to enjoy the view from on top.”