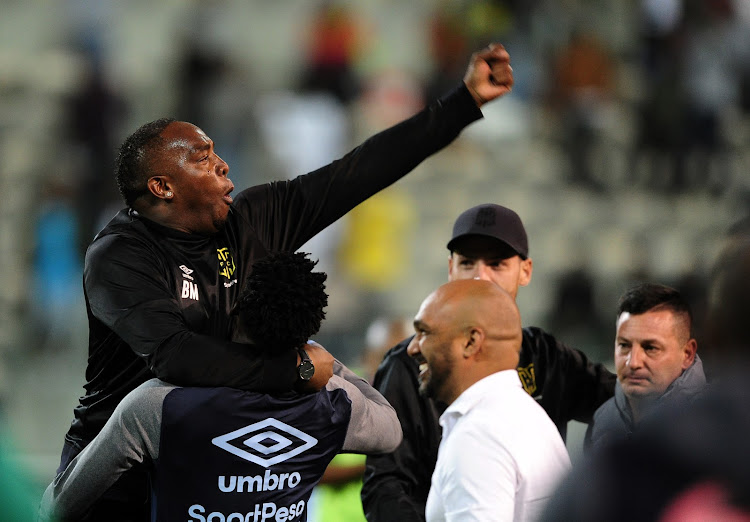 Cape Town City coach Benni McCarthy has slammed teams that are placed in the top half of the Absa Premiership table and go into defensive mode from the first minute against his side.

The outspoken McCarthy said such tactics and game plans by the opposition calls into question the depth and quality of this league that is widely regarded as one of the best on the continent.

McCarthy was reacting after his side’s 0-0 draw with sixth-placed Polokwane City on Friday at home where the visitors barely got out of their own half and showed little ambition to try and win the game.

The former Bafana Bafana star striker was left bewildered that a team so high up the table arrived in Cape Town for a point and did not back themselves to get anything beyond that.

“City goalkeeper Peter (Leeuwenburgh) had one involvement in the whole game and that was in the first half‚” he said.

“And this is the team lying in sixth? Sies man!.

"My philosophy is guns blazing‚ I am a Hellraiser‚ I am going for it and I don’t respect no-one.

"I’m not scared of no-one. I tell my team to be brave. You get this chance one time [in your life]‚ when the football [career] is finished‚ you should have no regret‚” said McCarthy said eluding that he would never visit an opponent with a draw on his mind.

“I’m not scared‚ but not everybody is young and thinks like me.

"They look and they say‚ ‘Ja‚ but Benni‚ he takes risks and he’ll get away with it because people like him and they appreciate the fact that he takes chances.”

“We have shown that we respect no team and we go for it‚ we don’t change our way of playing.

"We believe we have got quality and pound for pound … we get knocked down and we get up.”

McCarthy says he expected more from a Polokwane side that could have drawn level with his team on the log with a victory and are still in with an outside chance of winning the league title.

“They were how many points behind us? Three points? Gee whiz‚ then you wonder the strength of the league. If the team that is sitting in sixth‚ and is three points behind the team in third‚ had no intention of playing football …”