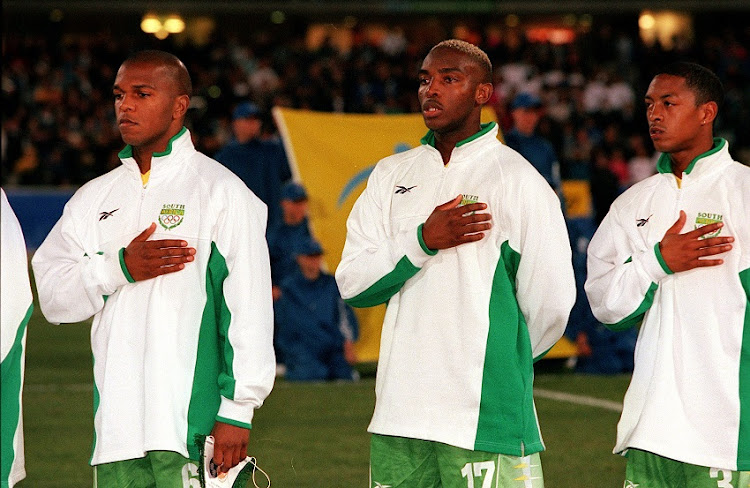 South Africa’s Under-23 side wake from a three-year slumber on Friday to begin their quest to reach the 2020 Olympic Games in Tokyo.

Their qualification path starts with a two-legged qualifier against Angola‚ starting in Luanda‚ where they will seek to reach the 2019 African Under-23 Championships in Egypt in November‚ where they will have to finish in the top three in order to travel to Japan next year.

Coach David Notoane is leading the team with a new generation of stars‚ hoping to add to the two previous visits to the Olympics since South Africa’s readmission to international football.

The country’s first entry into the Olympic qualifiers was for the 1996 games in Atlanta‚ but they fell at the first hurdle after a 5-2 aggregate loss to Burundi‚ which included a 4-1 away loss in the second leg.

But the side‚ coach by Shakes Mashaba‚ found success while qualifying for the 2000 Olympics in Sydney‚ where they would go on to beat a star-studded Brazil 3-1 but still bow out in the first round.

After overcoming Togo 3-2 on aggregate in the preliminary round‚ the side with the likes of Benni McCarthy‚ Quinton Fortune‚ Delron Buckley‚ Steve Lekoelea and Matthew Booth came through a tough pool phase that also included Cameroon‚ Ghana and Guinea.

They finished runners-up to the Cameroonians‚ so faced a playoff with New Zealand‚ where they won 4-2 on aggregate‚ claiming victory in both legs.

It would take 16 years for the team to return to the Olympics after that as they suffered one failure after another in the qualifiers.

They beat Kenya in the 2004 preliminaries but then came unstuck in the qualification group stage‚ winning only two of their six matches and finishing behind Ghana and Zambia in the standings.

South Africa saw off Namibia and Uganda in the 2008 preliminaries‚ but then failed again in the pool stages‚ earning just a single point from 12 as Nigeria and Ghana beat them into third place.

The format was changed for the 2012 Olympics whereby the African Under-23 Championships would serve as the qualification path for teams.

South Africa qualified for the continental finals by beating Libya and Benin (despite losing the first leg 3-1)‚ but did not pick up a single win from their three games at the finals with Egypt‚ Gabon and Ivory Coast in their pool.

The same format was used for the 2016 Olympics and this time South Africa were handed a bye into the third round of qualifying‚ where they beat Zimbabwe 4-1 on aggregate‚ with the likes of Knowledge Musona‚ Teenage Hadebe and Kuda Mahachi lining up for the Young Warriors.

South Africa‚ coached by Owen de Gama‚ started their continental finals with a 3-1 loss to Senegal‚ but wins over Zambia (3-2) and Tunisia (1-0) saw them advance to the semifinals‚ where they 2-0 against Algeria.

They needed to finish in the top three to qualify for the Olympics.

They weathered a massive storm from hosts Senegal in the bronze-medal match‚ with goalkeeper Jody February having the game of his life‚ before finally claiming victory in the penalty shootout.