Benni is ready for Chiefs 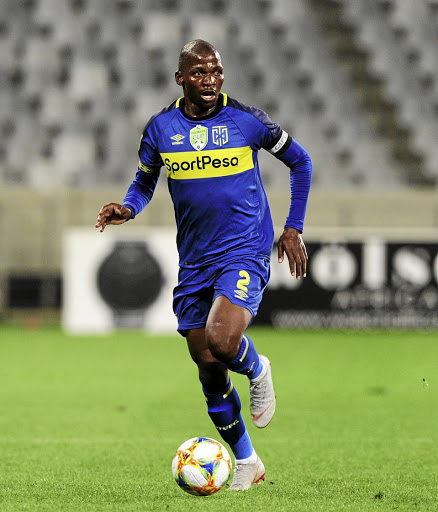 Kaizer Chiefs versus Cape Town City is undoubtedly the biggest drawcard of the Nedbank Cup quarterfinals and Citizens coach Benni McCarthy is ready for the showdown at Mbombela Stadium on Sunday (3pm).

The former Bafana Bafana striker said he expects his charges to match Chiefs and progress to the last four.

"The tougher the opponents you play, the more you raise your game to a level where you are exceptional," McCarthy said yesterday.

"For Chiefs, this is a game that might change their season around, you know.

"They are in the Nedbank Cup and I still don't know why people are ruling them out of the running for the league, because they still have as much chance as anybody else. So Chiefs is still not out of it, but the Nedbank [Cup] is probably their biggest opportunity; no [Orlando] Pirates, no [Mamelodi] Sundowns and a lot of the other stronger teams are out," McCarthy stated.

He's aware of where the danger would come from and is confident his players are up for the task.

Kazier Chiefs coach Ernst Middendorp has said that Bruce Bvuma needs to keep grounded coming off a heady month as the young goalkeeper faces one of ...
Sport
2 years ago

"From the last few games analysing Chiefs, I've started to notice since [Ernst] Middendorp came in that they've become a transition team.

"They try and hit teams on the counter, which they are exceptionally good at having the quality of Bernard Parker.

"For me, he's still one of the best strikers we've got out there in the modern game. Very intelligent player and very good. Then you've got Khama Billiat and when he's in the mood to play, then you got to be on your toes.

"But Khama is up against a Bafana right-back, my skipper Thami Mkhize, so yeah, I'm okay. Mkhize is quick and can handle whatever Khama brings. But still it doesn't stop [Billiat] from being one of the most lethal players we have in the league. Then you have Leonardo Castro, who's probably the most focus for Chiefs, because everytime they go to him for his aerial ability.

Mkhize, meanwhile, believes they have done enough at training to win at Mbombela.