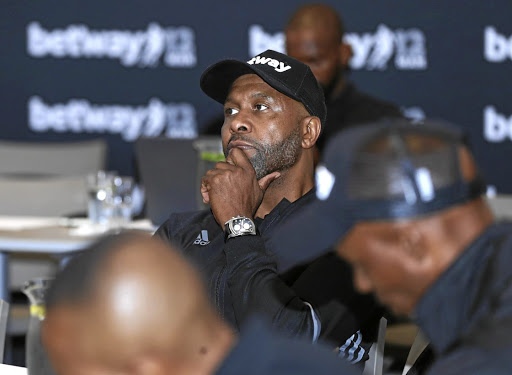 Lucas Radebe is one of the best players to have emerged from SA.
Image: Chris Ricco

With an outcry in the country that more soccer legends should be included in various national teams' structures, former Bafana skipper Lucas Radebe has admitted that Safa has effectively sidelined him.

It seems his previous criticism of the Safa leadership and his attempts to challenge Danny Jordaan for the Safa presidency last year have made him persona non grata at the national football association's headquarters in Nasrec, Johannesburg.

In the past, Safa has moved to incorporate ex-players into its fold, with Aaron Mokoena being groomed to be future team manager while former Bafana keeper Andre Arendse has been the regular goalkeeper coach. Ex-Bafana midfielder Helman Mkhalele is the assistant coach of the under-20 team.

When former Bafana captain Neil Tovey was appointed technical director in 2015, others, including former national team goal-getter Benni McCarthy, were touted as part of the strategic plan to bring the legends on board.

Through their associate organisation, the South African Masters and Legends Football Association, former Bafana players such as defender David Nyathi and the late star forward Phil Masinga were also involved in Safa projects.

"I want to make it clear that I have never been approached to work with Safa or to play a role in the national team," Radebe said. "Obviously, I have said in the past that I would be willing to sit down with them and discuss a role where I can contribute. But I ... have never been contacted."

Radebe, 49, was one of the candidates who were earmarked to be part of the new leadership at Safa by lobby group National Football Consultative Forum. But his candidacy was stopped dead in its tracks when an eligibility rule was thrown at him, requiring him to have served within the Safa structures for five years.

Nevertheless, the former Bafana and Leeds United captain remains involved in football development. He is also sports betting company Betway ambassador and is part of the 12th Man initiative that aims to provide skills to former South African soccer players.

Launch of the "12th man" a big boost for football legends