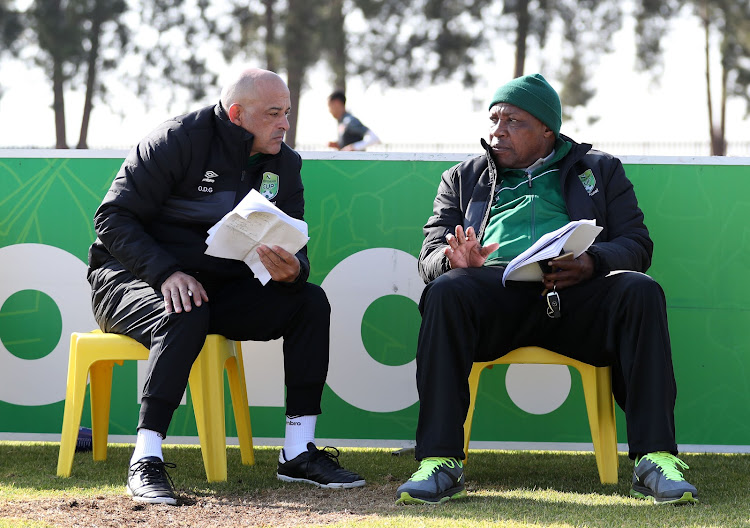 Owen da Gama was the first Bafana Bafana coach to call Percy Tau into the full national team set-up when he selected the raw youngster for friendly games against Guinea-Bissau and Angola in March 2017.

The forward repaid his faith immediately with a goal‚ but Da Gama says even his expectations have been far exceeded by the player Tau has become‚ highlighted by his two superb strikes against Libya that sealed Bafana’s passage to the Africa Cup of Nations (Afcon) finals on Sunday.

Da Gama may have given Tau his chance‚ but the Belgian-based forward has grabbed it with both hands and raced to nine goals in his 18 caps‚ with form that suggests he could become one of the country’s all-time greats.

“I have been amazed at how Percy has grown as a player‚ he continues to develop at a rapid rate and just gets better and better‚” Da Gama tells TimesLIVE.

“His time in Belgium has done wonders for him in terms of confidence and making him believe that he can take his game to another level.

“I must add that [current Bafana coach] Stuart Baxter has done a fantastic job in using Tau in the correct way – he gives him a free role to go out wide both sides and also come in as a central striker at times.

"Baxter has managed to get the best out of him at national team level‚ that is for sure.”

Tau had played two matches in the African Nations Championship qualifiers in 2015 in what was essentially a shadow national side packed with young hopefuls‚ but it was Da Gama who took a punt on him in the full Bafana set-up and says he always knew he would become a “very good player”.

“He scored for me in his first game but even before that I could see this was a boy who has got something special‚ something a little different‚” Da Gama says.

“I knew he would get better and better‚ but I must admit he has become a more accomplished player than even I expected.

“There is his work on the pitch‚ but he has also certainly had evolved off it too‚ his confidence has gone to a new level‚ he got his [BCom] degree and has taken the step to move overseas.

"He is the perfect example of a player that has gone from eight to 10.”

Tau is currently with Belgian second-tier side Royal Union St Gilloise‚ on loan from English Premier League Brighton & Hove Albion‚ and Da Gama‚ a former striker who had spells in Europe‚ sees no reason why he cannot play in one of the elite leagues.

“I think he can follow in the footsteps of Benni McCarthy and play in those leagues‚ for sure. He has the pace‚ the ability to score with both feet‚ the confidence and the all-round technical ability

“He is just phenomenal‚ he has something that you cannot teach‚ you are just born with it.

"How he utilises his skill in the future will be the question. But he can become one of the Bafana’s all-time best.”