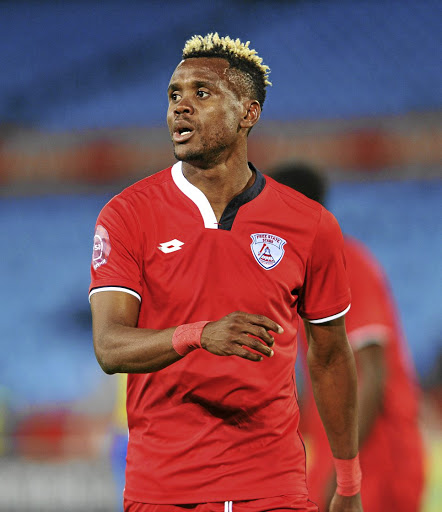 Free State Stars have a chance to get out of the relegation zone when they host Polokwane City at Goble Park tonight (7.30pm).

Ea Lla Koto are struggling in the relegation zone, but can get some breather with a win against Rise and Shine, who are vying for a top-eight spot.

Stars' form in their own backyard this season leaves a lot to be desired with only three wins, three draws and five losses in 11 matches.

Last season, they lost only three league outings at home and won six to go with six draws from 15 matches.

It's in this campaign that Goble Park has not been their happy-hunting ground.

But things are starting to change for the better for Nikola Kavazovic's men, who have one win and a draw in their last two matches against neighbours Bloemfontein Celtic (3-2) and Black Leopards (2-2).

Before this, they had lost three matches in a row, including to Richards Bay in the Nedbank Cup.

Stars' forwards Sinethemba Jantjie and Harris Tchilimbou remain key in their battle to get away from danger zone.

Polokwane, meanwhile, are seventh on the log and have done well in their last three matches. The Limpopo side held Mamelodi Sundowns and Kaizer Chiefs to 1-1 draws, before beating Baroka 3-1 in the Limpopo derby.

Both inspirational skipper Jabu Maluleke and hard-working midfielder Sammy Seabi could be missing for Polokwane City’s trip to FS Stars.
Sport
3 years ago

Interestingly, Stars will have to keep a close eye on their former striker Mohammed Anas, who scored a brace against Baroka.

When the two sides met earlier in the season, Polokwane won 1-0 at Peter Mokaba Stadium courtesy of a goal by Bongile Booi.