Wits beat Stars to stretch lead at the top 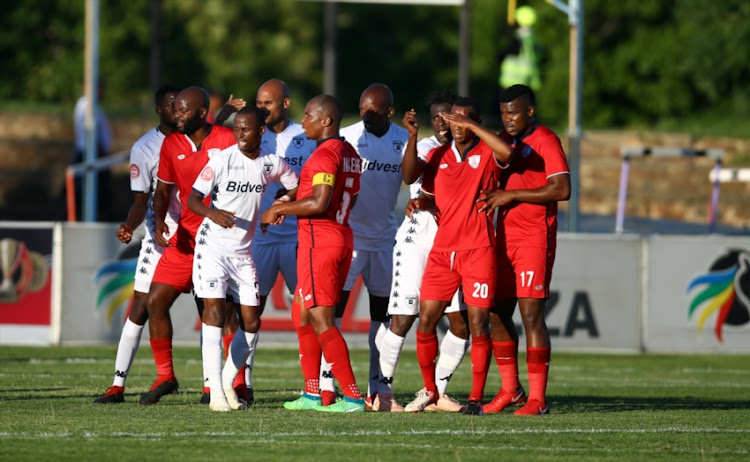 Bidvest Wits started 2019 in the same way they ended 2018; with a win. This one was against bogey side Free State Stars and it was a significant one from a log perspective.

They bounced back from an early goal to win 2-1 at Goble Park in Bethlehem to snare their first win in that part of the country since 2013.

With a six-point lead ahead of Pirates’ late game against Highlands Park in Tembisa, it could turn out to be one of their most important three-pointers.

It was deserved as they showed the required grit and resilience that marks out champion teams alongside the away form that counts in the league run-in. The bulk of Wits’ 33 points has been collected on the road but their wonky home form will be tested by a wounded Kaizer Chiefs unit on Wednesday evening.

Wits will also have to cut out their early slumber that saw them concede a goal in the match’s first attacking move.

Wits were shocked into action in the first minute of the game when Harris Tchilimbou nodded in Sifiso Mbhele’s cross from the right flank.

Wits, who don’t know what winning in the Eastern Free State town feels like, were ball watching when Free State Stars cut a swathe through the middle before Mbhele’s cross was met by a header that Darren Keet knew nothing about.

Yusuf Jappie was a menace down the right flank and in the seventh minute, he drew a great save from Keet.

Wits though weren’t in the business of letting Stars run roughshod over them and in the ninth and 10th minutes, Terrence Dzvukamanja and Deon Hotto gave Free State Stars keeper Ali Sangare some food for thought.

Stars though showed the better enterprise and in the 25th minute, veteran Paulus Masehe and Jappie forced a double save from Keet, who worked hard to earn his January salary and whatever Christmas bonus he accrued through his goalkeeping performance.

Wits are too good a side not to equalise against a generally stuttering Free State Stars side and their due reward came in the 31st minute through Dzvukamanja, who glided in Hotto’s delightfully floated free-kick from the right hand side.

Stars had chances in the 33rd and 36th minutes through Sthembiso Dlamini and Jappie but they didn’t do much to bother Keet.

Wits, who were to find the crucial second goal 28 minutes into the second stanza, announced their intentions early through Buhle Mkhwanazi and Hotto.

Sangare, whose first half was less busy than Keet’s, was equal to the task in the 48th and 50th minutes to keep his team in the game.

The game’s festive cheer predictably fizzled into a midfield scrap that played directly into Wits’ hands. They were the tactically smarter unit and drew Stars into the kind of ugly game that only Wits know how to master.

Their second goal was a thing of beauty with Hotto again floating in a cross but this time, Elias Pelembe, who was a constant roving menace, was on hand to head the ball past a despairing Sangare. That was the game’s high point and secured Wits' six-pointer.