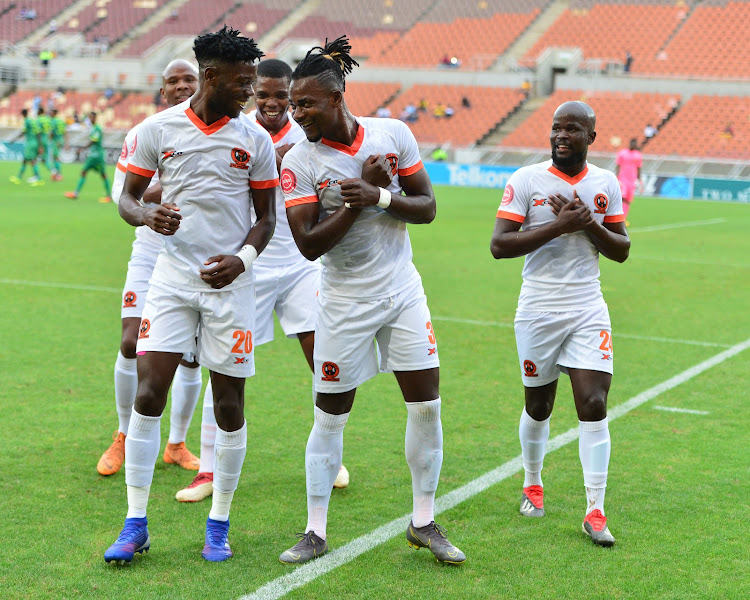 Polokwane City won provincial bragging rights with a 3-1 victory over a 10-man Baroka FC in their derby at the Peter Mokaba Stadium on Sunday‚ moving alongside Kaizer Chiefs in the Absa Premiership standings.

Goals either side of the break saw City win for the first time since early January and move to 32 points‚ the same number as AmaKhosi.

Mohamed Anas scored twice and Salulani Phiri got the other to leave Baroka in deep relegation peril in 13th place‚ just one point above the drop zone and with tough fixtures in their immediate future.

Baroka were down to 10 men from the 55th minute when Bonginkosi Makume was red carded for a body check on Walter Musona in what looked a harsh decision from referee Khulekani Thusi.

But they did manage to score some eight minutes later when David Makgaka squeezed in a snap left-footed shot to bring the score back to 2-1.

But Baroka had to press forward with the one-man disadvantage in their search for an equaliser and left space for Polokwane to make sure with some 10 minutes left as they got their third.

Baroka’s skipper Mduduzi Mdantsane thundered a left-footed volley‚ hit on the full as he connected with a cross‚ against the woodwork after just six minutes but it proved a false dawn for the strugglers‚ who quickly ceded control to City.

Their influential captain Jabu Maluleke‚ who turns 37 in a fortnight’s time‚ took over control in the midfield and began to dictate play with City passing the ball around with aplomb.

They looked organised as they shifted the attack from the left to the right.

They were full value for their opening goal from a corner‚ as Baroka were guilty of ball-watching and gave Anas time to chest the ball down‚ turn and hammer it into the roof of the net.

The 18th minute opener was followed by a 53rd minute strike from Zambian hitman Phiri‚ who tapped home after Baroka’s goalkeeper Elvis Chipezeze failed to hold onto a shot.

Then followed the dismissal for Makume‚ who stuck out his body to stop Musona’s progress on goal.

It certainly looked a yellow card offence but a dismissal appeared to be hard from referee Thusi.

But Baroka showed character to reduce the deficit but in the end ran out of legs.