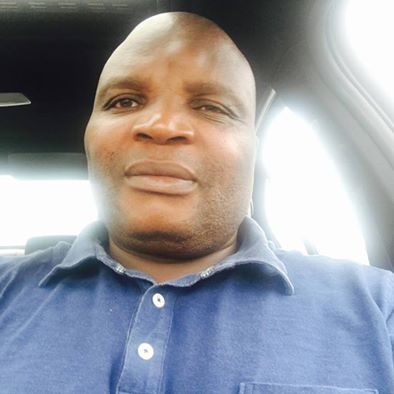 Tornado FC administrative director Nwabisa Mtshali has expressed her shock and devastation at the murder of club owner Siphiwo ‘Mawawa’ Nyobo‚ confirming the belief that it was a ‘hit’ on a man she describes as a pillar of the Mdantsane community.

Mtshali had just left the North End Stadium in East London following Tornado’s 4-1 ABC Motsepe League victory over Birmingham FC on Saturday when she received a frantic call from her brother delivering the news.

“I rushed back and I saw his body there‚ slumped over‚” a solemn Mtshali tells TimesLIVE.

“It was obvious that it was a hit‚ the car was at an intersection leaving the stadium‚ a place where you have to stop and wait. Whoever did this was waiting for him.

“We don’t know why they did this.

"He was involved in sport‚ not just soccer but boxing too. He was a traditional healer. He involved me in a lot of his businesses. He was a teacher. I don’t have enough words to express the loss‚ it is beyond painful.”

Mtshali confirms that the other occupants of the car were Nyobo’s driver‚ his sister and his sister’s grandchild.

“I cannot imagine what his sister is going through‚ being in the car with him.

"It is also quite frightening for me as I would often drive him to and from matches. It could easily have been me in the car with him yesterday.”

Mtshali said she felt something “was odd” at the match and that Nyobo was not his usual self.

“Normally he does not want anyone around him during games‚ he would watch the match alone and pace up and down on the perimeter fence.

"But not yesterday. I thought that was unusual.”

Mtshali says the loss of Nyobo will be felt far beyond the football club.

“I cannot imagine what his wife and children are going through‚ he was father to not just his kids‚ but everybody around him‚" she said.

"He was a pillar of the community‚ he respected you whether you were young or old. He was the same person throughout.”

As for the future of Tornado‚ Mtshali says they are still processing what has happened‚ but was firm in the belief that Nyobo would want them to carry on.

“Knowing his nature‚ he would have wanted us to move forward‚" she said.

"For me that is the most important thing. We must mourn‚ but crying is not going to bring him back.

“It is really sad‚ but the show must go on. Anyone who worked with him‚ would say that is what he would want.”

Saturday March 2‚ 2019‚ began like any other day in East London and there was no hint to the mayhem and tragic scenes that would see Siphiwo “Mawawa” ...
Sport
3 years ago

Tornado FC boss Siphiwo “Mawawa” Nyobo was shot dead outside as he was leaving an East London stadium on Saturday afternoon.
Sport
3 years ago
Next Article