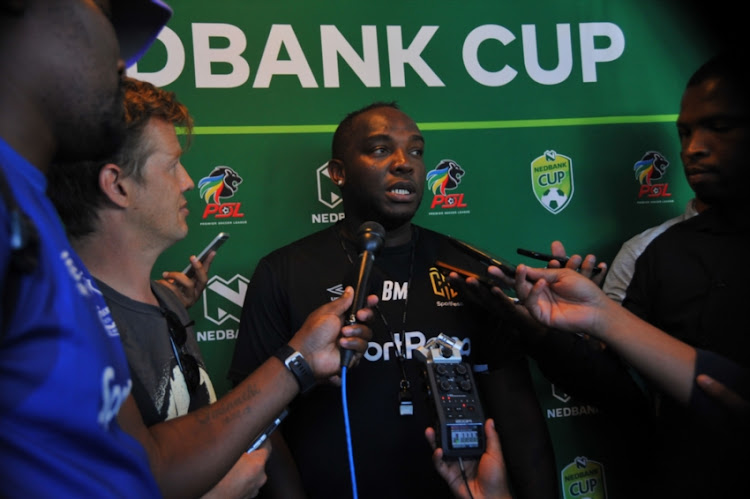 Before the weekend loss at AmaZulu‚ the last team to defeat City was Highlands‚ who claimed a 2-0 league win at the Makhulong Stadium at the start of December.

But McCarthy believes that the larger pitch in the Mother City will help his side outmanoeuvre their visitors to book a quarterfinal place.

“They caught us on a difficult day [in December]‚ but Friday will be the opposite. We are a much more established team than when we played them last time around‚” McCarthy says.

“It will be an extremely difficult game‚ they are very competitive. It will be tough on the boys … physically and mentally it will be draining. As we see from the stats‚ they are a team that likes to follow you everywhere you go [on the pitch].

“This time around we will just have to be more clinical in front of goal.”

McCarthy has been boosted by the return to fitness of this season’s top-scorer Siphelele Mthembu‚ who will add some muscle up front.

“When you look at the Highlands side‚ they are a physical unit and we have become petit [small] overnight! We have got smaller and smaller‚ and shorter and shorter!

“Having Shaka back and able to train yesterday and today‚ he bulks up our squad a little bit more.

“It means I don’t have to worry about whether Kermit [Erasmus] will last the 90 minutes. I know Shaka would love to pick up where he left off.

"He finds himself in a position he has not been in before in his career‚ to be top scorer in South Africa this season.

"Every goal counts and he needs to up his tally.”

McCarthy has also been recently welcomed the return of midfield duo Roland Putsche and Thabo Nodada‚ who along with Thato Mokeke and Teko Modise are likely fighting for two places in the side.

He says it is a nice headache to have.

“It’s nice when there is a big selection poser. For a coach it is not pleasant having to leave players out that are vital to the team‚ but I can only pick 11.

“It is not personal‚ it is a tactical decision we have to make. It is the best feeling when you have Modise‚ Mokeke‚ Putsche and Nodada to choose from.”