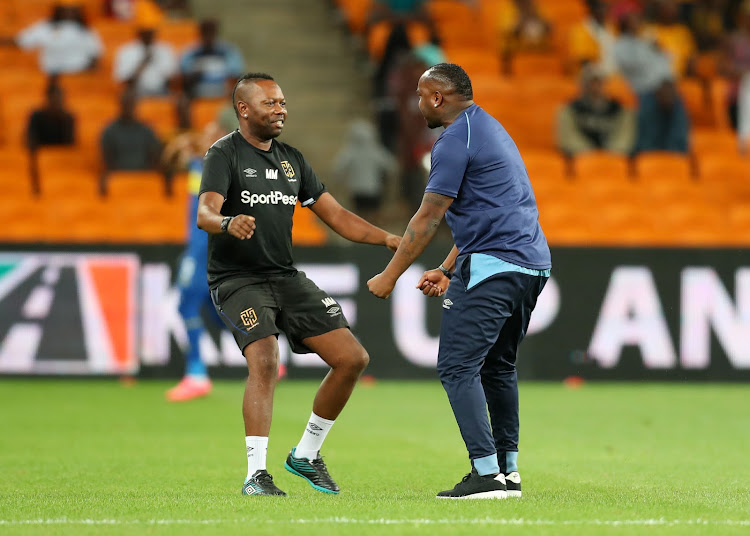 Kaizer Chiefs controlled most of the game and pried enough chances to have felt they had been the victims of a smash-and-grab as Cape Town City sneaked a 1-0 Absa Premiership win at FNB Stadium on Wednesday night.

As so often happens when a team cannot take their chances they concede.

City were reduced to 10 men in the 83rd when Zukile Kewuti was dismissed.

The Citizens remained in fourth place, but now only four points behind leaders Bidvest Wits, both having played 18 games.

Chiefs coach Ernst Middendorp was so pleased with the debut performance in the 1-0 Nedbank Cup win against Tornado FC of Happy Mashiane that he gave the promoted 21-year-old a second start on the left wing.

City came to Johannesburg on form, having scored 13 goals in five games, and going unbeaten in six. But This was still a Cape team travelling to altitude and Gauteng, which does not always go well.

Benni McCarthy's team struggled in the first half, where Chiefs should have gone a few goals up.

Mashiane set up Chiefs' first chance, beating Keanu Cupido down the left. The youngster's cross was deflected to Khama Billiat, who attempted a scissor but miscued over.

A minute later Billiat was played in down the right off a backheel from Bernard Parker, striking powerfully at goalkeeper Peter Leeuwenburgh.

City had a rare chance when Thamsanqa Mkhize's chip across the area found Gift Links to volley low, Vries stopping with his legs.

From Siphelele Ntshangase's pass from deep in his half Hendrick Ekstein beat Thato Mokeke and fed Billiat free on the left, who tamely could not sweep past Leeuwenburgh.

Chiefs, too, had to make an enforced change before the break, Siyabonga Ngezana replacing injured Kgotso Moleko in the 45th.

McCarthy made his second substitution coming out of the change rooms, left-back Dove replacing Teko Modise to add muscle. Kewuti moved from left-back into central midfield.

For a time, Chiefs were held. But in the 68th Ntshangase's intercept was worked via Billat's chip to Castro on the left, who forced a fingertip save.

From the corner, Billiat's delivery was cleared as far as Ntshangase, whose drive low and hard took a big deflection off Mngonyama's outstretched leg onto the left upright.

Vries's error-plagued stint in goal for Chiefs while Itumeleng Khune has been injured continued. The Namibia international spilled Links's free-kick from the right, as Dove got a foot to the loose ball to score.

Kewuti went in studs up on Ntshangase for a dangerous challenge that warranted referee Kulugani Thusi's red card.

The Premier Soccer League (PSL) are going to fight tooth and nail against the proposed Independent Communications Authority of South Africa (Icasa) ...
Sport
3 years ago
Next Article