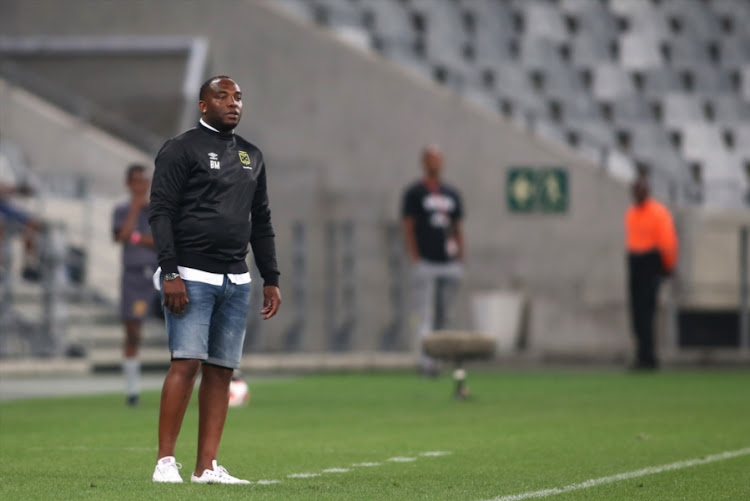 A somewhat rejuvenated Cape Town City striker Siphelele Mthembu thinks he would have gone even farther in his career had the opportunity to be coached by Benni McCarthy arose earlier.

"Benni is the special one. He is the best coach I have ever worked with. I have a feeling that if I got the opportunity of being coached by him earlier, I would have gone far," Mthembu told Sowetan.

"We always have heart-to-heart chats when he coaches me. it is special. I feel motivated when he shouts at me and say 'Shaka, Shaka do not run for the ball, just stay in the box', I've learnt to stay on the box and it's benefiting me."

The City marksman, who is 10 years younger than McCarthy, has banged in seven goals from 16 league outings this season.

Mthembu's career started on a sombre note when he was at the centre of a tug-of-war between Soweto giants Kaizer Chiefs and Orlando Pirates, with the latter winning the battle in 2008.

The striker, nicknamed "Shaka Zulu" due to his huge physique and dark complexion, went on to play for Amakhosi six years after he was a bone of contention between the two giants.

It has been a long journey for Mthembu, having also turned out for Golden Arrows, the now defunct Platinum Stars, Bloemfontein Celtic and Free State Stars.

"You remember that my career did not start well after that Pirates-Chiefs battle over my signature, but I have always risen above [it] all. I credit the almighty God," Mthembu reflected.

One of Mthembu's weapons is his physical strength.

"I have no physical trainer. I just do extra work alone. At home some say I am crazy when I do push-ups and other body-building exercises. My answer is always the same: the legs can rest but the body never rests," Mthembu explained.

"Half of the goals I scored in my career, I use my body to eliminate defenders. I play to my strength."