McCarthy seeks to overturn hammering he has received from Kaizer Chiefs 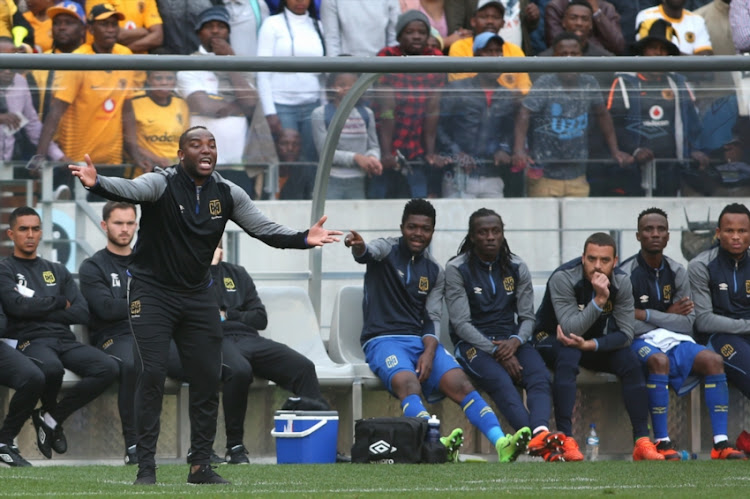 Benni McCarthy is seeking to make his own personal piece of history when his Cape Town City face Kaizer Chiefs in their Absa Premiership clash at the FNB Stadium on Wednesday night (kickoff 7.30pm).

McCarthy has met Chiefs as a coach on three previous occasions and lost every one‚ including a 4-1 hammering at Cape Town Stadium in September that is the worst result of his head coaching career.

The City tactician is desperate to put that right though and with his side on a six-game unbeaten run and playing some sparkling football‚ he has reason for optimism.

“Chiefs are a team I have not beaten as a coach yet in three attempts – three losses‚” McCarthy said ruefully.

“It won’t be easy‚ as confident as I am in my own team‚ since the arrival of [Chiefs coach Ernst] Middendorp they have become a bit more organised‚ disciplined and solid‚ and they are a decent unit.”

Middendorp is certainly concerned. He left his team in East London on Saturday night to watch City ease past SuperSport United 2-0 in the Nedbank Cup last-32‚ and McCarthy joked that his side were playing such good football other PSL coaches cannot help but come to their games.

“Let them watch – it is a nice thing when my players are able to give other coaches such entertaining football that they want to come and watch us‚” he said.

City could be much changed for the Chiefs clash though‚ with leading scorer Siphelele Mthembu likely to line up against his former side and a number of other players back in contention after injury and suspension.

“I’m delighted to have Surprise [Ralani] back from a layoff‚ Kermit [Erasmus] is back as well as Edmilson. [Ebrahim] Seedat is coming back from a suspension. We are only missing [Taariq] Fielies‚” McCarthy said.

The coach has also praised the role the senior players take on ahead of games such as the one against Chiefs‚ where calm heads are needed to keep over-enthusiastic younger players in check.

“I have been at the club a while now for them to know how I work. I don’t want commanders‚ people mustn’t feel like you are in the military and every time you see a senior player you must salute‚” McCarthy said.

“I am expecting that the younger players respect the older players. Their careers are just starting‚ but someone like Teko [Modise]‚ Kermit [Erasmus]‚ [Matthew] Rusike‚ ‘Shaka’ [Mthembu]‚ they have been to places where most players in this team haven’t been.

“We share responsibilities. The senior players know that if the younger players need something they are open to talk or for advice.”

City will move to within four points of league leaders Bidvest Wits with a victory‚ having played the same number of games.