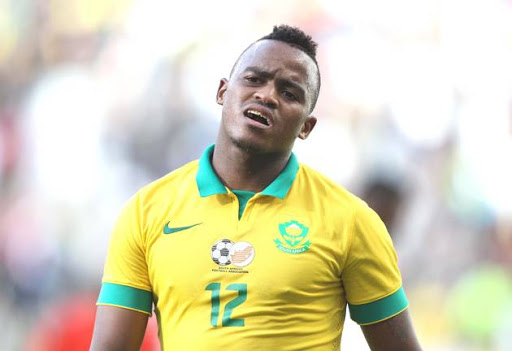 Ayanda Patosi has had his first training session at his new Iranian club‚ as he breaks new frontiers for South African footballers.

He has joined Esteghlal of Tehran‚ the major club of the Iranian capital who play at the iconic Azadi Stadium‚ where crowds of some 90,000 are regular.

The club are two-time Asian champions and the most successful in Iran with eight national titles and coached by German Winfried Schafer‚ who took Cameroon to the Africa Cup of Nations (Afcon) title in 2002.

Patosi is the first South African to play in Iran‚ one of the giants of Asian football and where ex-Bafana Bafana coach Carlos Queiroz had been in charge of the national team for eight years and 100 matches until his resignation last week.

Patois is on loan from Cape Town City for the rest of the season in a lucrative deal that could make even more money for the club if it is made permanent.

Esteghlal play on Thursday at Paykan as the league resumes after the winter break with Patosi in line for his debut.

Outspoken Patosi has taken to Instagram (ayandapatosi) to express his thanks to City for his turbulent 18 months at the club and also set out his hopes for the latest chapter in a career‚ which has already seen him play in the top flight in Belgium.

On his time in the Premier Soccer League‚ he pointedly did not mention coach Benni McCarthy‚ who did not give him regular game time as Patosi fought a continual battle against the bulge.

He wrote: “My journey with Cape Town City has been a roller coaster‚ to say the least.

"I was welcomed with warm hands and it was a joy to be part of such an awesome team. I’d like to thank my boss‚ Mr John (Comitis)‚ for not giving up on me.

"He always believed in me and was one of my biggest supporters.

"I was also blessed to have had the teammates I had‚ we had lots of great memorable times together and had to put our differences aside for the team‚ we wouldn’t be where we are without each other.

"And to the technical team‚ I’d like to give thanks for all my great shots and making sure every single thing on the field was captured‚ it’s always great to have memories captured so we can relive the moment later.

" Lastly to the most important people of the team‚ Thank you Blue Army fans‚ I really enjoyed playing in front of you guys played a major role in my growth as a player.”

Since arriving in Iran‚ he has also posted:

“I’ve also received so much support from the fans of Estaghlal FC.

Kaizer Chiefs legend Donald “Ace” Khuse has revealed that when he was first signed to play professional football for Orlando Pirates in 1983 he ...
Sport
3 years ago

Black Leopards’ coach Dylan Ker is hoping for a positive reaction from his players to their drubbing in Bloemfontein on Sunday when they take on ...
Sport
3 years ago
Next Article