Pirates coach Micho ‘preparing for exam’ against another Chiefs professor 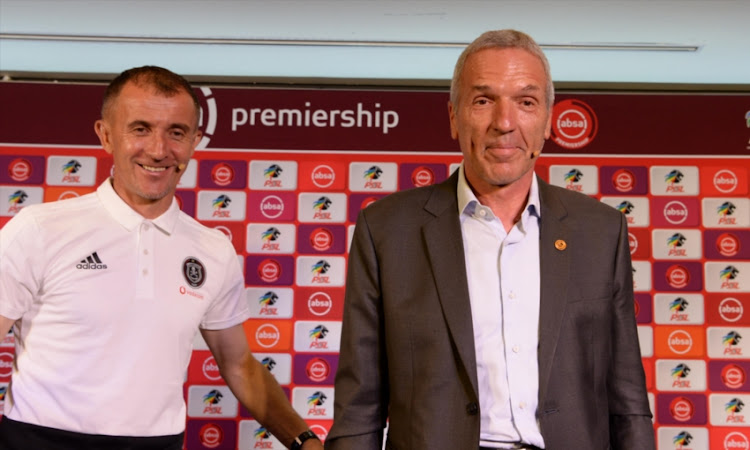 Playing against various Kaizer Chiefs lineups who will have been coached by three different men in the last year has been like preparing for an exam‚ then having a different professor take the test‚ Orlando Pirates coach Milutin Sredojevic has said.

Sredojevic‚ though‚ said he believes Pirates have what is needed to “dig extremely deep” for a fourth victory this season against Amakhosi in Saturday’s Absa Premiership Soweto derby at FNB Stadium.

In the last year Sredojevic has coached Pirates against Chiefs three times‚ winning all three.

He beat Steve Komphela’s Chiefs 3-1 in a PSL game at FNB on March 3‚ last season.

This season Sredojevic oversaw Bucs beating Giovanni Solinas’s Amakhosi twice‚ both times 2-1 – in the league at FNB on October 27‚ then in a Telkom Knockout semifinal at Moses Mabhida Stadium in Durban on November 24.

“This is like you are preparing for an exam but then a different professor is there at your exam‚” Sredojevic said of the challenges presented by facing Chiefs under three coaches.

“He looks differently at the topics. And this is the same way you have to look at it.

“We had Steve Komphela‚ with the highest degree of respect to him‚ who had a team that had been together for three years.

“[It was] very well organised tactically‚ especially defensively‚ [and for which] it was not easy for us to find a formula for.

“Then we had coach Solinas‚ who was extremely offensive and more taking care about the attacking part than the defensive part.

“And now‚ between that tactical acumen of coach Komphela that is immense and amazing‚ and the attacking component of coach Solinas‚ we have a top-class combination of both where we need to find the balance.

“And when you have that in mind I think it is an extremely complex job for us on Saturday.

“We believe that with work and preparation‚ with the players we have‚ with the spirit we have and the support we are getting from our supporters‚ we have what we need to give all that it takes to dig extremely deep on Saturday and get the result.”

Pirates – in third place on 32 points from 18 matches – need a win to remain in touch with leaders Bidvest Wits (37 points from 19 games) in the title race.

Chiefs‚ in sixth place on 27 points‚ need a win to preserve what is increasingly becoming only an outside chance at the championship.