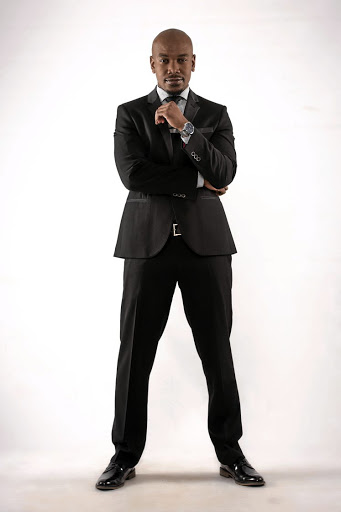 The current storyline on Generations: The Legacy that highlights male abuse has been the most challenging to tackle for actor Moopi Mothibeli.

His character, Smanga Moroka, has been on the receiving end of domestic violence from his girlfriend Zitha (Zoe Mthiyane).

The resident bad boy has had some daring storylines since he joined the SABC1 soapie in 2014.

Who can forget the steamy one about the bondage sex fetish that received a lot of backlash in 2017, or him impregnating his brother Mazwi's (Musa Ngema's) wife Sphe (Pearl Monama)?

"This character has been through a rollercoaster of a ride and each storyline is unique and sheds a lot of light on topics that are rarely spoken about," he says.

"But this current one is an important issue and has been meaningful to me. It has also been the most difficult to tackle, just delivering it with as much honesty and integrity.

"There has been a lot of engagement around the storyline. I think for the mere fact that it struck a chord with our audience it says a lot about the issues surrounding this storyline."

The 34-year-old star conducted extensive research on the matter. Mothibeli hopes that the storyline will eliminate the stigma around male abuse.

"I want people to understand and sympathise with dealing with such an issue," he says.

"How, as society, we can improve. Do we have enough platforms out there to support those abused people? Do we have platforms for men? Are we creating dialogue?

"We need to raise dialogue to break the stigma of ridicule and shame for men that experience abuse at the hand of their female partners."

Born in Sebokeng in the Vaal, Generations was Mothibeli's breakout role on TV. Before that he had done a lot of theatre productions.

The middle child of three, he studied drama at Tshwane University of Technology. He also lived in Columbus, Ohio, in the US for four years.