Shot stoppers under the derby spotlight 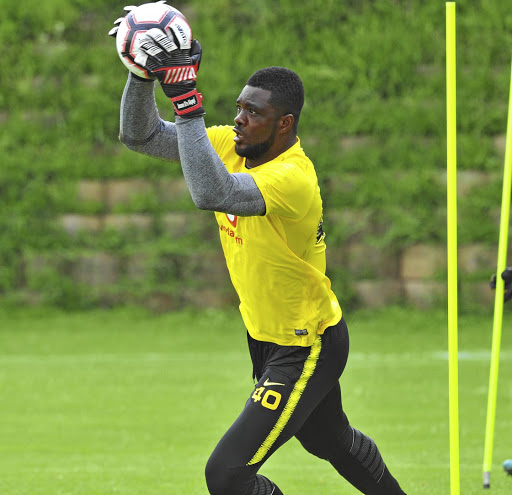 Ex-Orlando Pirates goalkeeper Avril Phali feels Jackson Mabokgwane should get the nod in goal for Bucs, ahead of Wayne Sandilands, Siyabonga Mpontshane and Brilliant Khuzwayo, in the eagerly anticipated Soweto derby against Kaizer Chiefs at FNB Stadium on Saturday (3.30pm).

"I think Mabokgwane must start the derby because he played the last one [a 2-1 win in the Telkom Knockout semifinal last November]. This is a big match [and] Pirates must not gamble by playing Sandilands," Phali said.

Having last played in the first league match of the season where his blunder saw Pirates draw 1-1 with Highlands Park in August last year, Sandilands made a surprise return to the starting XI in Bucs's goalless draw against Tunisian giants Esperance in the CAF Champions League last Saturday.

Goalkeepers hold the aces in the Soweto derby

"Sandilands is not ready for the derby. Before he played against Esperance, it was Mabokgwane who was starting. I also do not mind Mpontshane starting. but my first choice is Mabokgwane," insisted the 40-year-old Phali, who now serves as Jomo Cosmos's goalkeeper coach.

Mpontshane has seen the most game time this season, starting 17 matches. But since his unconvincing display in the TKO final, where they lost to Baroka in December, he has been playing second fiddle to Mabogkwane, who has 10 games under his belt.

Meanwhile, since recovering from a strange ankle injury late last year, Khuzwayo has been readying himself for first-team action by playing in the reserve league). Intriguingly, some have predicted that Khuzwayo will make his Pirates debut against his former club, come Saturday.