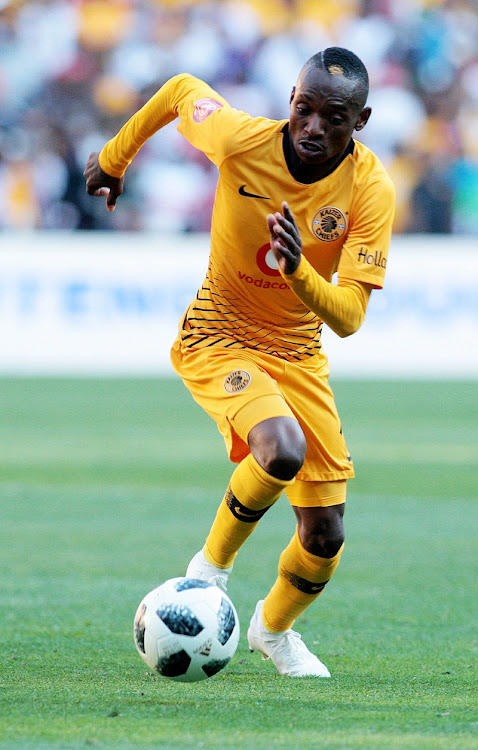 With the Soweto derby screaming for a Kaizer Chiefs hero, Khama Billiat carries the hopes of the fans that the suffering will end like no other player at the club.

For the past five years, Chiefs have failed to beat their arch-rivals Orlando Pirates in 11 games, in all competitions.

In all those years, no Chiefs player has been able to raise their hand to etch their name in Soweto derby folklore.

Billiat is a player who holds the key to unlocking the heavy hearts of the Amakhosi supporters and flooding it with immense joy tomorrow (3.30pm).

"For me I look at it in a positive light," Billiat said about the pressure on his shoulders.

"From the day I joined the club the expectations have been high, and you have to do something - I am expected to perform. It's a great feeling playing for Chiefs because there is so much support for the team."

The return of Ernst Middendorp as coach to replace Giovanni Solinas has brought a certain level of hope that the heartbreak can end as the German is unbeaten in the derby.

During his first stint more than 10 years ago, Middendorp had a record three wins and a draw in the match-up.

The 28-year-old Billiat says his team has an element of surprise that the Buccaneers may not know how to deal with under their new coach.

"They [Pirates] have seen that we are now playing with a different coach. There are so many things we are working on. We trust in the process because it's looking good.

"Even if I don't do something I think someone [a teammate] will on the day."

With the former Mamelodi Sundowns attacker having scored in the 2-1 loss back in October, he will be looking to not only score this time around but to inspire a victory.

"Everyone likes to score goals but on the day the team comes first. Whoever is in a good position to score they must score," Billiat asserted.