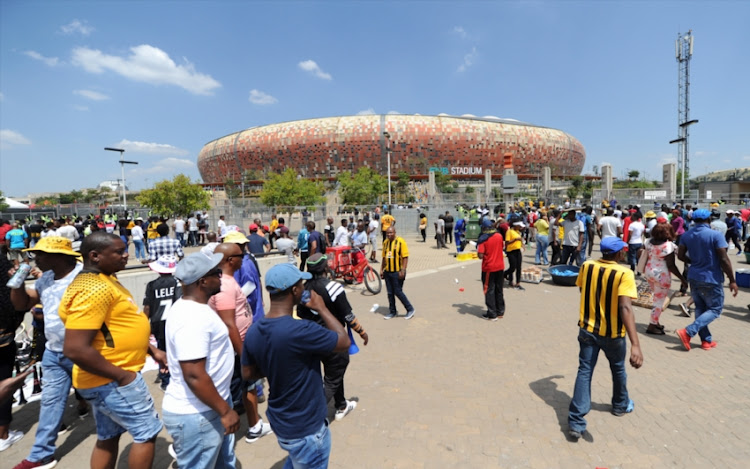 The South Africa Police Services (SAPS) will have a public order policing presence at the Soweto derby at FNB Stadium that can deal with any potential Please Call Me protest if one were to occur there on Saturday.

"Please Call Me" inventor Nkosana Makate and Vodacom have been embroiled in lengthy settlement negotiations‚ which stalled last month.

The cellphone provider sponsors both Kaizer Chiefs and Orlando Pirates‚ who will square off in Saturday's Absa Premiership Soweto derby.

She said the SAPS have been engaging the leaders of Please Call Me to find out if they have any such intention‚ but said she was not aware of a response yet.

"Our crime intelligence has followed up the information and gathered information‚" Van Emmerick said.

"Crime Intelligence have spoken to them. They have got that information and they will relay it over to us."

She said if Please Call Me do protest at FNB: "That's where our public order policing comes into it. They deal with protests. They will be present.

"They will be able to deal with any situation that does arise."

Bertie Grobbelaar‚ managing director of Stadium Management South Africa‚ which manages FNB Stadium‚ said an area outside the stadium has been set aside for anyone wanting to stage any peaceful protest.

"At the last ESSPC [event safety and security planning committee meeting] it was confirmed that there will be a 'speaker's corner' at the drifting area‚" Grobbelaar said.

"It will be a specific area allocated if you wish to raise your voice or object‚ where you'll be left at peace to raise your opinion.

"And that's been conveyed to the people. And there will be extra police officers deployed there."

A sold-out crowd of around 90‚000 is expected as Chiefs and Pirates meet in the 166th Soweto derby.