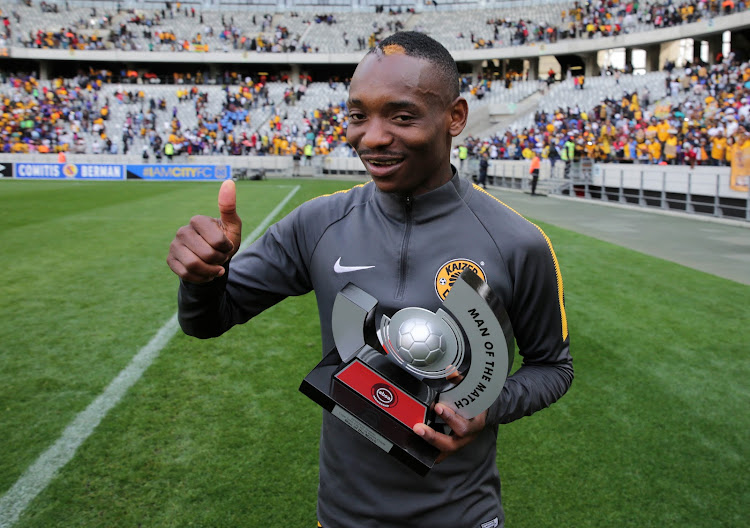 Orlando Pirates did not sign Khama Billiat because they decided not to‚ Buccaneers assistant-coach Rulani Mokwena has said‚ making pains to stress that the Soweto giants never lost out on the player to arch-rivals Kaizer Chiefs.

Mokwena hinted that it was Billiat's injury problems‚ and questions over his off-field lifestyle choices‚ that swayed Bucs' decision.

Mokwena seemed defensive over Billiat’s choice of Amakhosi moving from Mamelodi Sundowns in the past off-season.

Mokwena was asked about the role he had played‚ when he was assistant to Pitso Mosimane at 2016 Caf Champions League winners Sundowns‚ in creating the monster of the Billiat-Leonardo Castro strike partnership Pirates might come up against on Saturday at FNB Stadium.

“ … when players are self-driven it takes less coaching to be able to make them improve and get better.”

Mokwena said he was at one stage involved in efforts and talks to lure Billiat to Pirates when the Zimbabwean forward’s contract at Sundowns ended in the past off-season.

“I still have a very good relationship with Khama. I speak [to him]. I know that you guys know that we tried to sign Khama‚” Mokwena said.

“We decided at the last moment not to sign Khama. We had lots of talks with Khama – myself and Khama.

“We were very close to bringing Khama to the black and white. But we decided on protecting the changeroom more than anything else‚ because of the ratio between the expense and the profit.

“And when I say expense‚ I am not talking about the salary‚ because I’ve heard a lot of talk about that.

“But also the expense with regards to injuries and even certain other factors‚ and the profit that we would get‚ and we thought that it would not make sense.

Billiat was particularly injury-prone last season for Sundowns‚ where question marks were also at times raised over his partying lifestyle.