Solinas could field his tried and tested 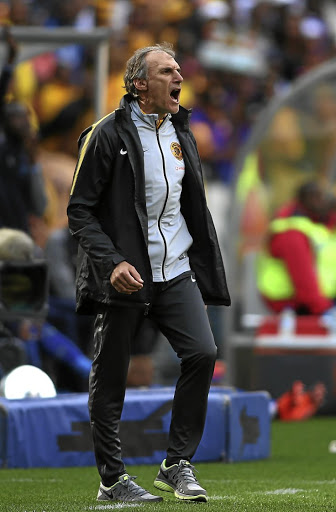 Making seven changes on the back of drubbing Cape Town City 4-1 and still managing a victory at Free State Stars three days later demonstrates that Kaizer Chiefs coach Giovanni Solinas trusts almost all his players and believes in a rotation system.

Nevertheless, letting the MTN8 slip through his fingers after faltering in the semifinals at the hands of SuperSport United last month may compel Solinas to give today's (3.30pm) Telkom Knockout quarterfinal encounter against Black Leopards at the FNB Stadium a full go by fielding his tried and tested players.

With this match being the first after the Fifa break, where key players like Itumeleng Khune, Khama Billiat and Ramahlwe Mphahlele only linked up with the team on Thursday, surely the Amakhosi mentor would have loved to rest them, especially because his next match is the much-anticipated Soweto derby against arch-foes Orlando Pirates on Saturday. 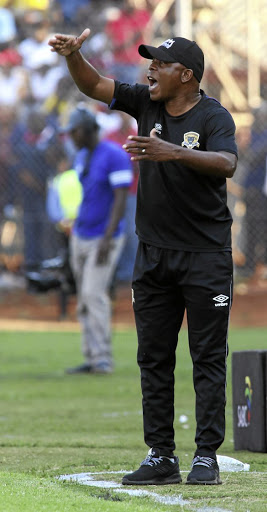 But because of desperation to guide the club to their first trophy in three seasons, Solinas is likely to abandon his rotation policy when he needs it the most against Lidoda Duvha this afternoon.

Billiat faces a late fitness test after returning from the Africa Cup of Nations qualifiers [where he featured in two matches for Zimbabwe] with a back strain.

While feeling that pressure will be on the Soweto giants to win, Leopards coach Joel Masutha has vowed his troops will fight.

He said: "The pressure is on Chiefs, they are a big team and they are expected to win. But we are not going there just to honour the match, we are going to fight."

In 2016, during his tenure at Ea Lla Koto, Solinas managed to advance to the semifinals of the Telkom Knockout.

He has high hopes he can do more than that with the Glamour Boys this season.

"This is my second Telkom Knockout participation. The first one was when I was coaching Free State Stars and we reached the semifinals but lost it to Cape Town City.

"So, me, I want to improve on that achievement. It's difficult because the opponent is very strong," said Solinas.