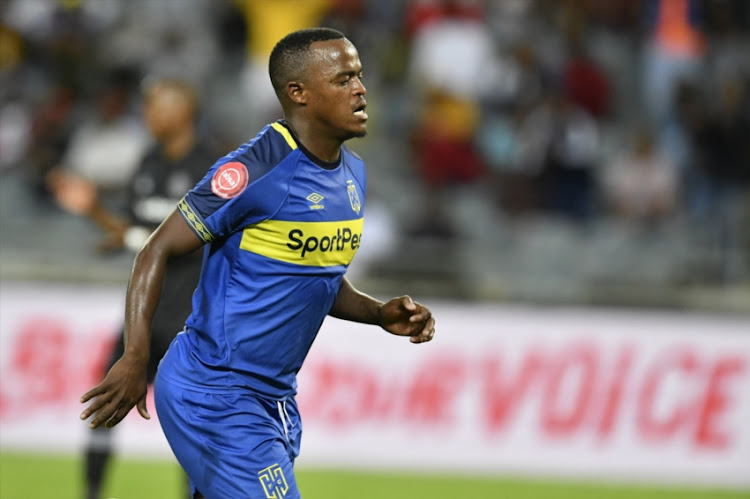 Cape Town City’s goal hero Ayanda Patosi says he is not 100 percent certain of success in this Saturday’s MTN 8 final but rather “150 percent” sure his side will beat SuperSport United in Durban.

“For us we hope to win it inside 90 minutes but even if we are forced to go to penalties‚ I have trust in the guys that we can convert the penalties.

“You saw when we played against (Mamelodi) Sundowns (in the semi-finals) we scored all our kicks and our two goalkeepers are both good at saving them.

"So‚ we trust that even if it is to be decided on penalties‚ we can still win the game.”

SuperSport came from behind to beat City in last year’s final in the post-match shootout.

Patosi said he was buzzing after the two-goal performance against Orlando Pirates last week.

The former Bafana international‚ who has battled to hold down a regular slot in the team‚ banged in a superb full volley with his left foot to pull one back for City when they were 2-0 down against Pirates with some 20 minutes to go last Wednesday and then banged home the equaliser from a long range free kick.

“It gave me some confidence to take to the final. Also for the rest of the players‚ to come from 2-0 down in Orlando and push hard to draw the game‚” added Patosi.

"It gives us all confidence and lifts our spirits.

"And‚ obviously‚ the atmosphere in the dressing room is a lot different to what it was when we lost 4-1 to Kaizer Chiefs. At least now we are ready for the final.”