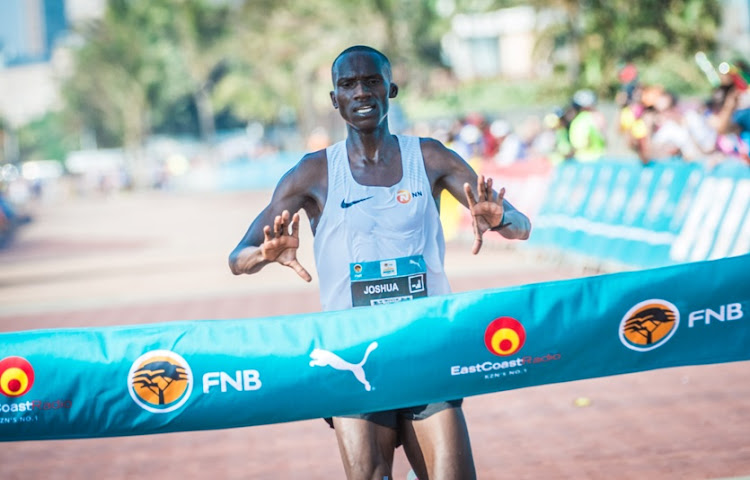 Fresh from the news that the Commonwealth Games 10‚000m gold medalist Joshua Cheptegei will lead the field in the FNB Durban 10K CITYSURFEUN next month‚ organisers announced that the woman’s winner of the same event will also take part.

The 21-year-old Chesang seems to be building up great form heading into the race‚ having taken 10 seconds offer her 10km personal best when she ran 31:44 in Netherlands on September 2.

“After the Commonwealth Games I was tired. Now‚ however‚ I am preparing hard for Durban and the 10km PB has me very excited.

"I know that Mercyline [Chelangat] knows the route and therefore has the advantage‚ but I am confident in my abilities‚” she said.

Chesang and Chelangat met in the 10‚000m final at the Commonwealth Games in Brisbane.

Chelangat finishing 3rd. They met again at the Africa Championships in Asaba in August where they finished 4th and 5th respectively.

If Chesang beats Chelangat in Durban‚ this will be the third consecutive victory over her countrywoman in 2018. Both are shaping up to be in peak form come October 14.

On the local front‚ South African Irvette van Zyl — who gave birth to her second son in July — is also hoping to compete with the two Ugandans for the title in Durban.

She said she was confident of becoming only the third South African woman to break 32 minutes for the 10km.

And she’ll have to run a blinder‚ with her personal best — a 32:48‚ run on Sunday in Cape Town‚ a day before she won FNB Joburg 10K CITYRUN on Heritage Day — almost a full minister behind Chesang’s.

“I am clearly in better shape than I thought‚” said van Zyl after her win in Joburg.

“With Stella [Chesang] and Mercyline [Chelangat] in the field this has to be a good opportunity for me to go under 32 minutes‚ both are fast over the 10km and I am looking forward to the chance‚” she said.