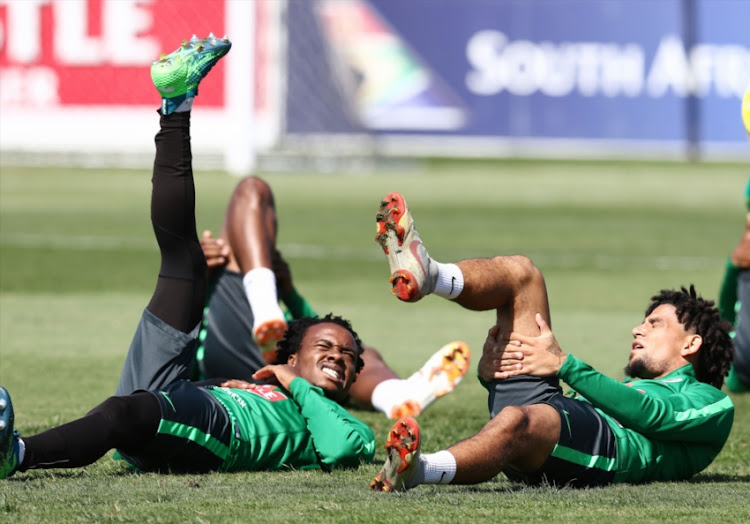 Mamelodi Sundowns coach Pitso Mosimane was the major catalyst in turning Keagan Dolly from a raw‚ inconsistent talent into a refined product suitable to attract interest in European‚ says the Montpellier HSC winger.

Dolly (25) said Mosimane took his game to a new level in the winger’s one-and-a-half seasons at Sundowns‚ where‚ having moved from Ajax Cape Town in June 2015‚ he won the Absa Premiership and Caf Champions League and played at the Fifa Club World Cup.

“He had a big influence in my career with the level of training and the players he had at Sundowns.

"They helped me a lot too‚” Dolly said.

“We had experienced players like Teko Modise‚ and Hlompho Kekana helped me a lot. I knew Khama Billiat from Ajax.

“It was easy to get used to the training and style of play. Because‚ I mean‚ I also played for Sundowns academy.

“Coach Pitso encouraged me to do that bit more‚ getting into the box‚ taking risks‚ trying to make forward passes. And that helped us a lot.

“We created lots of chances in a game and I was always in the box where I could score.”

Dolly signed for Montpellier in January 2017.

He is one of a three raw talents Mosimane has prided himself on grooming at Sundowns for Europe in the past three years.

Bongani Zungu now also plays in Ligue 1‚ for Amiens‚ and Percy Tau is on the books of Premier League Brighton but has been loaned to Royale Union Saint-Gilloise in Belgium.

“It’s easy to get noticed when you play for a bigger team – when you're winning Champions League‚ when you go to the Club World Cup‚” Dolly said.

“But when you’re only playing in the PSL‚ people actually never fly down to South Africa to come watch the games.

“I think for the best chance to be noticed you have to play for Sundowns. So I think Pitso’s right when he says that if you go to Sundowns you'll be able to make a better move.”

Dolly believes Mosimane is the best coach in the PSL‚ regardless of whether he has the biggest budget to buy players.

“I believe Pitso is a good coach. But I believe that in that season where we won the Champions League we as a team were just focused on one goal.

“We had coach Rhulani Mokwena who also was a great person as well‚ and Manqoba Mngqithi [Mosimane’s assistants]. And everyone had an input into the team. We all worked to one common goal.”

Mosimane has a reputation for being difficult‚ even in his relationships with his players‚ when things are not going well.

“Coach Pitso always wants the best from you. I think that guy never sleeps‚ he’s always watching the other teams – he’s a workaholic‚” Dolly said.

“And he expects that from his players. So if he sees someone who’s not giving him what he wants he goes off.

“But for me‚ he’s a fighter‚ and that rubs off on his players. He knows how to get his players worked up.

“Coaches never get it right all the time. Players also can be temperamental.

“And the next day things go back to normal again. Coach Pitso gets it right more than he gets it wrong.”