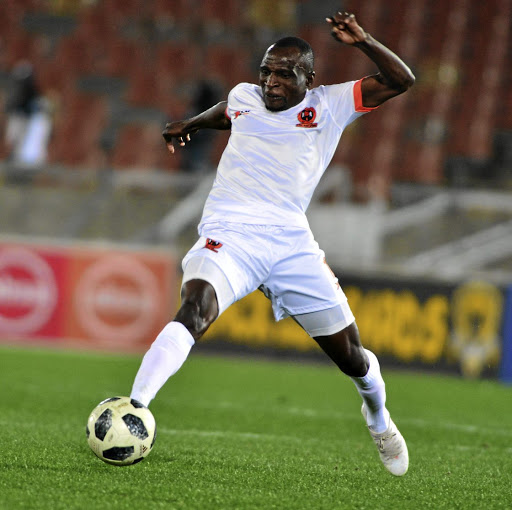 Former PSL top scorer Ishmael Maluleke says the strikers who are prepared to stay in the box and ride the challenges have a good chance of winning the award this season.

In SA's top flight the strikers rarely reach the 15-goal mark these days and Maluleke, who scored 18 league goals for Manning Rangers in the 2001/02 season for the accolade, also offered his opinion on who's likely to finish with the most goals.

"The striker who has a chance is Bradley Grobler [of SuperSport United] and not because he scored some goals against Kaizer Chiefs [in the MTN8]. I will tell you why; he's a box striker and even when he gets a scrappy chance, he takes it. Bradley's got a striker's instinct," Maluleke told Sowetan.

"I just hope he remains injury-free, because he's been unlucky with injuries. I see the other strikers like Rodney Ramagalela [of Polokwane City], but they are hardly in the box and you are not going to score many goals if you are not in the box most of the time. You can see Bradley is hungry for goals.

"I doubt Ramagalela can repeat what he did last season, because he's playing too far outside," he said.

Maluleke now runs Afrika Dzonga Academy in Giyani for the under-8s to under-17s. He said the emphasis, for his strikers, are on staying in the box. "Most of the strikers that you can see have the potential to win the top scorer va chava [are afraid] to get into the box.

"They are scared of contact with the goalkeeper and once you avoid box challenges, it becomes difficult to get the goals."

He continued: "I'm also concerned that strikers are even scared to take penalties. During my days, I never agreed to let a defender take a penalty, unless he's the captain."

"For him (a defender) it means nothing to score and for a striker scoring goals is everything. These days, when there's a penalty, the strikers move away from the box. It means they are not ready to score goals, even if they were the ones that were kicked for that penalty to happen.

"If you look at [Mamelodi] Sundowns, for example, you already have Ricardo Nascimento on two goals from the penalties. But you have strikers who are training everyday to score goals and yet they are not even interested in taking penalties," Maluleke added.

Besides the likes of Grobler and Ramagalela, the PSL has a host of other players with the potential to reach double figures this season.

SuperSport's Evans Rusike and Bidvest Wits duo Mxolisi Macuphu and Gift Motupa already have a couple of goals to their names.