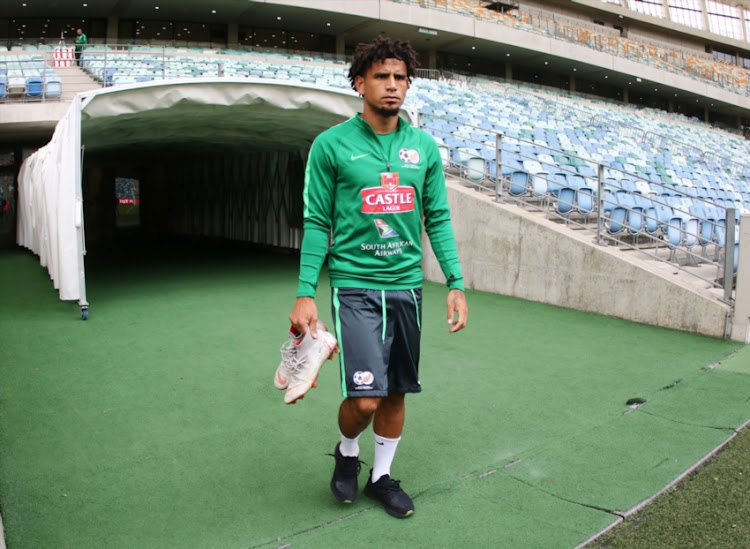 Mamelodi Sundowns coach Pitso Mosimane has had to blend in new players before‚ and will do so again successfully‚ Bafana Bafana winger Keagan Dolly has said of the Brazilians’ current tribulations.

Sundowns‚ almost unthinkably‚ went four matches without scoring before they finally did find the back of the net in a 1-0 MTN8 semifinal second leg win against Cape Town City.

That result was only enough to send the Brazilians to 1-1 on aggregate and extra time and then penalties‚ where they lost 4-2 to miss out on the first cup final of the 2018-19 season.

This just after Mosimane’s new-look Downs were ousted in the group stage of the Caf Champions League‚ ceding a chance to regain their 2016 crown.

Sundowns’ coach has clearly struggled integrating a number of new faces such as Jose Ali Meza‚ Lyle Lakay‚ Andile Jali and Lebogang Maboe and Toni Silva‚ and has at times noted the loss in the past few years of stars such as Dolly‚ Khama Billiat and Percy Tau.

“I remember at the time when I signed as well‚ coming back from my loan at Ajax Cape Town‚ and at the same time Sundowns had signed Leonardo Castro – the first few games then we didn’t win as well‚” now-Montpellier forward Dolly remembered.

The winger was signed by Sundowns from Ajax in August 2014‚ then loaned back to the Urban Warriors for a season.

He joined Downs ahead of the 2015-16 season‚ where Mosimane’s team had a slow start but ended up Absa Premiership champions and went on to win the 2016 Champions League.

“We weren’t picking up points. I can remember the supporters were trying to get the coach fired‚” Dolly continued.

“But once we clicked everything went well. We worked and we won trophies that season.

“And right now Coach Pitso is just trying to find that balance and the combinations again. It might take some time because he has quite a few players who can walk into that team.

“So I think they should just give him a chance and let him do his job. I believe coach Pitso is a good coach and he will come out of this.”

Apart from Downs’ new signings‚ players signed in January are also still finding their feet and integrating with varying degrees of success.

Gaston Sirino has become increasingly influential as a playmaker but centre-forward Jeremy Brockie continues to seek his elusive first goal‚ and appears to be trying too hard in the absence of it.

Mosimane also added 21-year-old Phakamani Mahlambi from Al Ahly on the final day of the transfer window‚ whose pace can ignite Downs’ frontline.

When it all does eventually click‚ it is hard to see Sundowns being anything but formidable.

Sundowns return to PSL action‚ where they have a win and two draws in three matches‚ meeting AmaZulu at Princess Magogo Stadium in KwaMashu on Sunday.