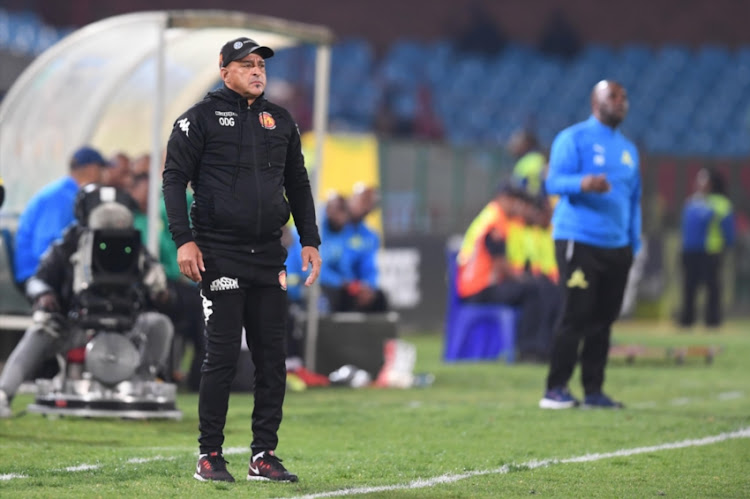 Highlands Park coach Owen da Gama says they are yet to decide on a number of trialists as they aim for a first win of the season when they host Lamontville Golden Arrows on Sunday.

The newly-promoted side have made a solid start to the season with four draws from their four matches‚ though those include precious points away to Orlando Pirates and Mamelodi Sundowns.

Da Gama says they have used the international break to work on some areas where they have struggled‚ as well as look at potential new players.

These include former Mamelodi Sundowns defender Mzikayise Mashaba‚ ex-Kaizer Chiefs wingers Phakamani Mngadi and Abia Nale‚ as well as former Ajax Cape Town forward Tendai Ndoro‚ who is into his third week with the team.

“Nobody has been signed yet‚ though I have left the Tendai Ndoro negotiations up to [club CEO] Larry Brookstone.

"He is speaking to the player’s agent and hopefully we will know something by the end of today‚” Da Gama told SowetanLIVE.

“The others we will have to see‚ we have also had [former Mamelodi Sundowns defender] Rheece Evans here‚ but he got injured so we are giving him more time before we make a decision.”

Da Gama says he is “very happy” with the start to the season given the difficulty of the matches‚ which also includes an away draw at Baroka FC and a home stalemate with Black Leopards when they led 2-0 into injury-time time but couldn’t hold on.

“The international break was a great welcome to us‚ we are still trying to find our feet in the PSL and we are not yet a settled team.

"We have had nine debutants in the games we have played‚ even more when you count the subs‚” Da Gama said.

“We have been trying to rectify our mistakes‚ to work on our concentration and fitness levels. We have played a few friendlies to help get our organisation right.

“We understand what our mistakes have been‚ it is worse when you lose or draw and don’t know where it is going wrong.”