Sangweni tells of rift with Rulani 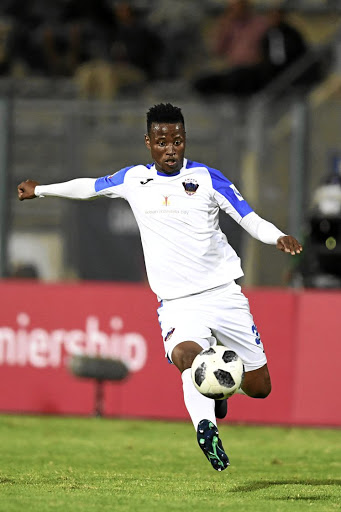 Having gone back to Chippa United after a torrid 12-month stay at Orlando Pirates, midfielder Thamsanqa Sangweni has disclosed one of the reasons behind his departure was that he didn't see eye to eye with Bucs' assistant coach Rulani Mokwena.

"I had a disagreement with the assistant coach [Mokwena]," Sangweni told Sowetan on Wednesday.

"I was confused. I do not know why we did not get along but I feel it was not about football at all. This fallout somehow triggered my departure from Pirates.

"We tried to sort out our differences [at that time]. I [even] went to speak to the chairman [Irvin Khoza] about this problem. He understood and told me to persevere and work harder.

"At the end of the day, parting ways was the best decision for both parties."

However, Sangweni, the former AmaZulu and Mamelodi Sundowns central-midfielder, said he holds no grudge against Mokwena.

"When Pirates were here in Port Elizabeth [for their match against Chippa on September 8] I saw him at the airport and we had a chit-chat. We are even now."

Sangweni continued: "Though I was disappointed about this whole thing, I hold no grudges against him.

"What I must do now is to be strong and move on. I have a new home now [at Chippa]. I want to focus on that. God will take care of everything else."

Mokwena could not be reached for comment. He also did not reply to Sowetan's questions sent via SMS.

Sangweni, 29, had joined the Soweto giants from Chippa in July 2017 but only played three matches before moving back to the Eastern Cape-based side two months ago.

"My goal is to contribute to the club's collective objective of finishing in the top eight. I will always be grateful to this club for allowing me to come back [and play] again."

Sangweni is suspended for this weekend's PSL fixture against Baroka.