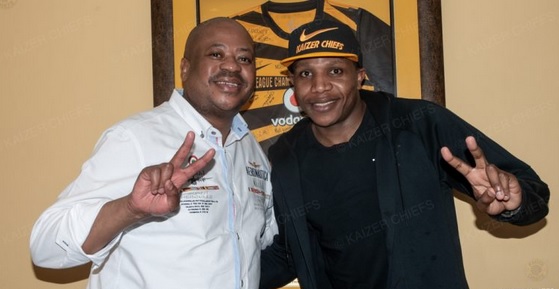 Manyama joined Chiefs on a three-year deal on Wednesday and he revealed that he has supported Kaizer Motaung's side from a young age.

"I have supported Chiefs from a young age.

"I grew up on the same street as Brian Baloyi in Alexandra and that’s how I fell in love with the club."

"I now want to help the club win trophies and to achieve glory‚ because that’s what the Kaizer Chiefs brand represents to me‚" he added.

Manyama will reunite with his former Ajax Cape Town teammate Khama Billiat and they are expected to intimidate defenders this season.

The attacking midfielder had a magnificent 2016/2017 season with Cape Town City‚ being selected as the PSL Footballer of the Season and also winning the Golden Boot with 13 goals.