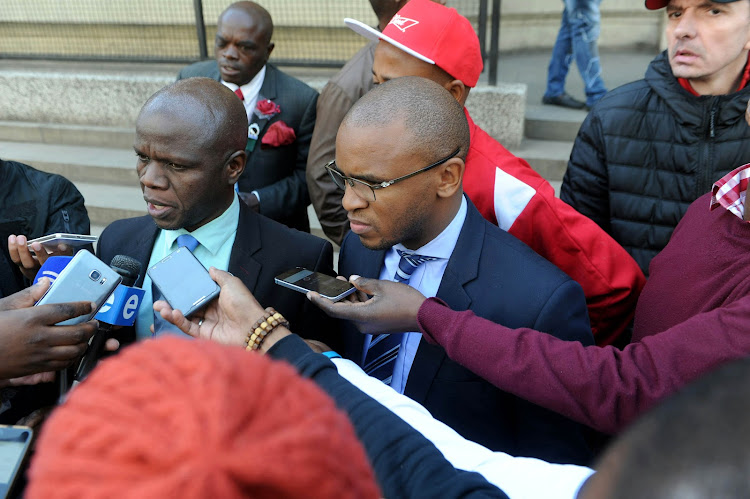 The Premier Soccer League is now confident of going ahead with preparations for the start of the 2018/2019 season after scoring a 3-0 legal win in their battle against Ajax Cape Town at the South Gauteng High Court on Thursday.

PSL’s legal representative Denis Sibuyi refused to call it a 3-0 victory but admitted that the outcome of the court proceedings brought huge relief to the PSL.

“If we were in the soccer field I would say 3-0‚ but for now I will ignore that.

"Ajax withdrew their interdict application‚ which simply means the league will commence as scheduled‚” said a beaming Sibuyi.

The matter stems from the dispute over the eligibility of former Ajax striker Tendai Ndoro‚ who played for the Cape Town club towards the end of last season.

Ndoro signed for Ajax having already played for Orlando Pirates and Saudi Arabian club Al Faisaly in the same calendar season‚ which is against the rules of Fifa.

The rules state that a player can register for three but only feature for two in official matches if he had played in the leagues with seasons that run concurrently.

Sibuyi also clarified that as things stands‚ Ajax have been relegated to the National First Division as per arbitrator Advocate William Mokhari’s ruling which was handed down before Judge Denis Fisher’s on July 2.

Mokhari’s award also means AmaZulu‚ who were in the top 8 after Judge Fisher’s ruling‚ now find themselves outside while SuperSport United are back in and will face Orlando Pirates on August 11.

Sibuyi further noted that the Ajax’s interdict application was part of the three that they lost (some with costs) in court on Thursday.

“The reason why Ajax brought that section 18 application was a two-pronged approach in a sense that even if the PSL is given leave to appeal‚ it means the decision of Judge Denise Fisher remains suspended.

“But Ajax withdrew this application (section 18)‚ which simply means the decision of Judge Fisher still stands (but that doesn't mean the league can't commence before the leave to appeal proceedings).

“The third application was by Ajax to interdict the commencement of the league which is due to commence on the 4-5 August. They also withdrew that application.”

In the first matter which was before Judge Fisher‚ the PSL was granted leave to appeal‚ while in the other two Ajax decided to withdraw their applications‚ leaving the league with leeway to go ahead with their preparations for the start of the season.

The league had already issued its full Absa Premiership fixtures on Monday and minutes after the proceedings in court were concluded‚ the MTN 8 fixtures and venues were also made public.

The PSL will be launching the MTN 8 at the Johannesburg Park Station on Monday.

“All the three applications have been disposed of but what is left is for the appeal that has been given to PSL to be heard‚” he said.

Sibuyi explained that the reason for the league to go ahead with their appeal is because the issue of Judge Fisher’s judgement‚ which essentially reinstated Ajax to the PSL‚ still stands until it is set aside.

“Remember that once Judge Fisher’s judgement has been dealt with‚ it will pave the way for determination of Ndoro’s case on whether he was eligible or not‚" he said.

"So we had to go ahead with leave to appeal.”