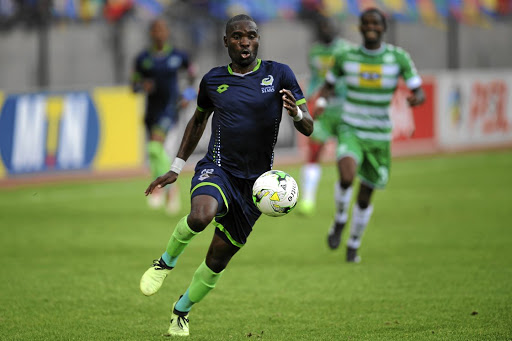 Veteran striker Robert Ng'ambi would have liked his relationship with Platinum Stars to have ended on a less sour note.

After their recent relegation to the National First Division, Stars left for the Mother City where they go by the name Cape Umoya United.

Many of the players have been left hanging as the management has not communicated with them what the future plans might be. What has made it worse is that co-owner/coach Roger de Sa is on holiday in Russia at the World Cup.

Ng'ambi, 31, has served the club diligently for the past seven years and, understandably, he feels hurt by what has transpired over the last few months.

"I just took some time off to get away from football. Since I started playing football this has been the most stressful time I have had," Ng'ambi said.

He added: "I was heartbroken because I have been with the team for seven years. My heart was with the club and they had been good to me. It's really painful but in time I think it will be fine."

Since January, the club has been under new management when a De Sa-led consortium became the new owners, taking over from the Royal Bafokeng Nation.

On the management keeping the players in the dark, Ng'ambi said: "Most of my teammates don't know if they will be kept or let go."

With his contract with Dikwena having expired last week, the Malawian is open to offers from other interested parties.