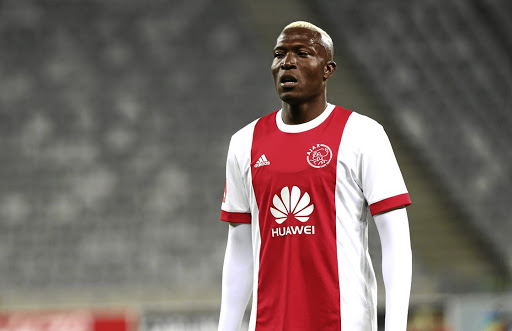 Ajax Cape Town have confirmed they have opted not to renew the contract of striker Tendai Ndoro‚ compounding the costly mistake for the club in securing his services in January.

Ndoro cost R2.5-million from Saudi club Al-Faisaly earlier this year‚ which at the time the club stated was on a two-season contract‚ but now say the deal was for an initial six months with the option to renew.

”Ndoro’s contract was up for renewal at the end of this month (June 2018)‚ however‚ the club have opted not to extend his stay at Ikamva.

“The club would like to wish Tendai all the best in his future endeavours and thank him for his services over the past six months.”

It was the decision to sign and play Ndoro that has plunged Ajax into uncertainty over their immediate future as the club were his third of the 2017/18 campaign.

Ndoro started the season at Orlando Pirates and played one fixture for them before moving to the Middle East.

Ajax fell foul of FIFA rules when he made his debut against Platinum Stars in January‚ and had those points deducted‚ along with points collected in a win over SuperSport United and a draw with Polokwane City.

The matches were awarded to their opponents in an arbitration ruling‚ which plunged Ajax to the foot of the table and automatic relegation‚ rather than being allowed to play in the Promotion/Relegation Play-Offs.

Ajax are challenging that ruling and are awaiting an outcome of the review of the award‚ which they want set aside‚ taking them back to 15th place in the league.

Ndoro made eight appearances for Ajax in all competitions‚ scoring just a single goal.

It was also reported earlier this month that Ndoro’s wife of six months had laid a charge of domestic abuse against him.

Bafana Bafana coach Stuart Baxter is contracted to the South African Football Association‚ and any rumour or speculation he might leave to join ...
Sport
3 years ago
Next Article