Ajax still second from bottom despite win over Wits 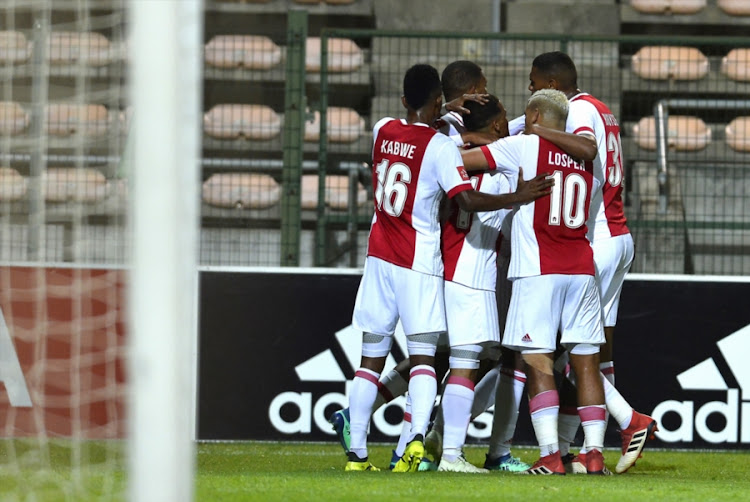 Ajax Cape Town ground out a much needed 1-0 win over outgoing champions Bidvest Wits on Wednesday to breathe life into their hopes of staying up in the Absa Premiership with Yannick Zakri grabbing the game’s only goal.

The 26th minute strike from the Ivorian import at the Athlone Stadium did not change Ajax’s position, second from bottom in the standings, but they are now only one point from safety.

A long ball out of the midfield from Fagrie Lakay put Zakri free of the Wits defence and he made no mistake one-on-one with Darren Keet.

But it was no easy win for the home side who invited trouble by sitting back in the last 15 minutes and allowing Wits to come at them.

Gavin Hunt’s side remain outside of the top eight but could have been level just before the break as Daylon Claasen’s guile set up Lehlohonolo Majoro but it was a tight angle that the striker had to work with, but still managed to get a shot off that struck the woodwork.

Majoro had another half chance with the last kick of the half but scuffed the ball and allowed Jody February an easy save.

Lakay looked the most dangerous player on the pitch and in the 51st minute showed a good first touch and clever cross that set Tercious Malepe up for a shot, which he blasted just wide.

A double change for Wits six minutes saw them change their style from a pacey running game to a more direct approach as James Keane joined Majoro upfront.

But it was Lakay who continued to keep the visitors on their toes with a rasping shot in the 63rd minute that Keet did well to push around the post for a corner.

He could have finished off the match after Zakri had showed great enterprise to strip Sifiso Hlanti of possession and play back the perfect ball into the path of Lakay, who suffered a rush of blood to the head and blasted wildly over when it would have been simpler just to roll the ball into the net.

Ajax will now seek to move out of the bottom two places away at Chippa United in Port Elizabeth on Sunday before hosting Baroka, meeting Mamelodi Sundowns and finishing at home to Kaizer Chiefs.