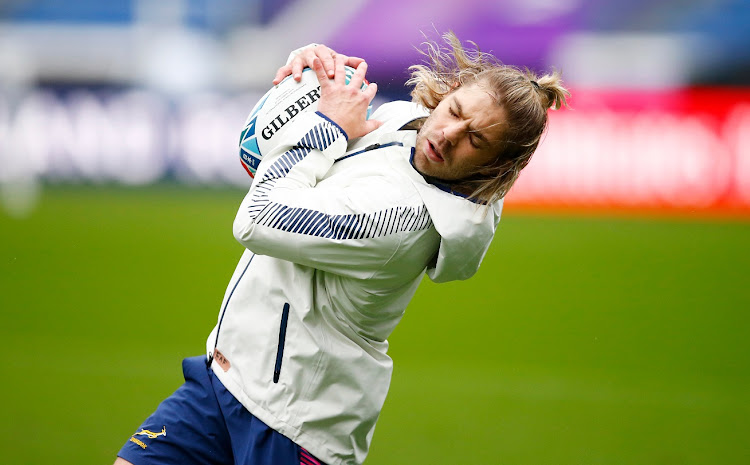 If there is one thing Wales hang onto, perhaps as much as the ball these days, it’s history.

Go to Cardiff, or encounter a Wales supporter in Pretoria, Sydney, Paris, London or Wellington, the names of the legends and the battles roll easily off the tongue.

They revel in history but they are no longer held hostage by it. In Kiwi Warren Gatland they have a coach who has brought purpose, but crucially, also clarity to their endeavour, whether that is in the next play, or long-term objective.

They are, however, not detached from history. If anything it is going to drive them in Sunday’s Rugby World Cup semifinal against South Africa in Yokohama.

They are still hurting as a result of their quarterfinal exit at the hands of the Boks at Twickenham four years ago. Scrumhalf Gareth Davies feels they have unfinished business.

“We were quite unlucky to lose that quarterfinal four years ago. It was a good bit of skill by them at the end to score a try late on. We were devastated with that because we felt we deserved to win that game,” he said.

“We feel like we owe them one for four years ago. That will be in the back of our minds and hopefully we can get one over them this week.”

Springbok coach Rassie Erasmus won’t retreat into his office and is unlikely to solely focus on his desk job as SA Rugby’s director of rugby after ...
Sport
2 years ago

In a country often at the mercy of the weather gods‚ it is perhaps fitting that South Africa and Wales should point their gaze skyward here on Sunday ...
Sport
2 years ago

That bit of skill he refers to involves a Bok scrum that summoned whatever energy it had left with six minutes to go in a nerve-jangling knockout match.

The Springboks were in the opposition’s 22 and with a scrum firmly in the ascendancy they marched Wales back allowing No 8 Duane Vermeulen to peel away, engage reserve scrumhalf Lloyd Williams, and crucially right wing Alex Cuthbert, before flipping a one-handed pass to Fourie du Preez who darted into the space and scored in the corner.

Nirvana for the Boks, for Wales, Black Sabbath the next day.

As a means of getting more fire in his belly Red Dragons prop Tomas Francis, who had come onto the field as a substitute that day, has been watching that clip of Vermeulen’s flip, over and over again. He has been reliving some painful memories in an effort to banish them in Sunday’s semifinal.

“It wasn’t the best scrum for me. I’ll always remember that,” said Francis. “I know Vermeulen did a good bit of skill but the scrum could have been better. I’ve seen the quarterfinal back a few times recently.

“There was a time where we lost a few games in the last few minutes to southern hemisphere teams and we went through a series of watching them to try and help us. So far it’s worked.”

Wales have had Australia and France stretch them in this World Cup and got the job done almost in contrasting ways. They’ve become a side who can roll with the punches.

They were fortunate to get past France, who imploded in the second half of their quarterfinal. They cannot play worse than they did against the Tricolores, or can they?

The only time the Boks really bust the gut was in their now almost forgotten opening match against the All Blacks, and the first half of their quarterfinal against Japan.

The Springboks, who have lost all of the four Tests against Wales since that World Cup quarterfinal four years ago, are also seeking atonement. For one of these teams the search will continue at final whistle.