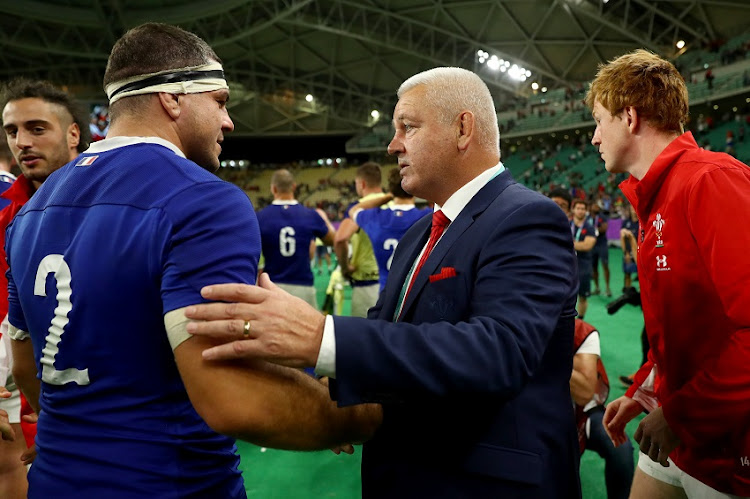 Wales have suffered a huge injury blow ahead of their Rugby World Cup semifinal against the Springboks on Sunday.

Influential utility back Liam Williams is out of the tournament with an ankle injury he suffered in a training field collision. He will be replaced by the vastly experienced Leigh Halfpenny‚ who wins his 85th cap on Sunday.

Williams will be missed. He provides cutting edge thrust from fullback and his incursions into the line usually require a fair amount of scrambling in the opposition defence.

His strapping physique also gives him the edge in aerial battles and Wales will be poorer for it in that department now that they have the more vertically challenged Halfpenny at the back.

Halfpenny does‚ however‚ provide them with a trusty boot and a very calm head. His accuracy from long range may come in handy.

“He is undoubtedly a big loss from an attacking perspective and what he has achieved in the game in the last year or so‚” said Wales coach Warren Gatland. “But bringing in the experience of someone like Leigh Halfpenny gives us a different element.

“He is defensively probably the best fullback in the world in terms of his aerial game and coverage defensively. We had a long debate about whether we started Leigh in the first place and potentially move Liam to the wing.

“There was a long discussion about that so Leigh was probably unlucky he was not in the team in the first place. We are disappointed for a world-class player like Liam but we are happy bringing in someone with the experience of Leigh.

“It is a change but we don;t think that we are weakening the side in any way with the changes we have made.”

Obviously the loss of Williams piqued interest in the South African camp.

“He’s a quality player. He’s a dangerous player‚” said Bok assistant-coach Mzwandile Stick about Williams. “It is a big blow for them but they have world-class player in Leigh Halfpenny.”

Significantly‚ however‚ experienced centre Jonathan Davies was deemed fit enough to take up position in midfield next to Hadleigh Parkes for the 14th time.

Only Scott Gibbs and Mark Taylor (17)‚ along with Jonathan Davies and Jamie Roberts (40)‚ have started together more in the centres for Wales in the professional era.

“The way we have prepared this week is to play against the best team‚” said Springbok centre Damian de Allende before the Wales team was announced.

“They have a very solid centre pairing in terms of Parkes and Davies. If there are any changes‚ we will have to adapt to that and make other plans.

“But if there are any niggles‚ it is a semifinal‚ so I wouldn’t be surprised if they decide to stick it out for 80 minutes.”

In total‚ Wales have made three changes from the starting XV that defeated France 20-19 in the quarterfinal. Apart from Halfpenny replacing Williams‚ Jonathan Davies returns from injury‚ replacing Owen Watkin‚ who drops to the bench. Ross Moriarty comes in for the injured Josh Navidi at No 8.

Wales have five changes from the side that defeated South Africa 20-11 last November‚ while Gareth Davies will become the 47th player to win 50 caps.