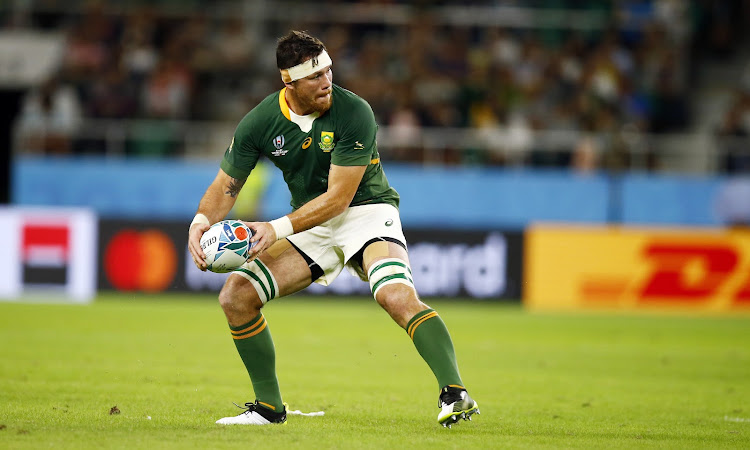 The notion that Wales are being taken lightly was soundly dismissed by Springbok loose forward Francois Louw on Wednesday.

Wales‚ after all‚ have a superior record over the Boks and have won their last four Tests in a row.

The last time the Boks beat Wales was in the 2015 Rugby World Cup and they also beat the Dragons at the 2011 installment.

The teams meet again in the World Cup‚ this time in the semifinals in Yokohama on Sunday.

“I don’t think Wales will be taken lightly‚” said Louw.

“It would be an understatement to say they are an outside team trying to win the Rugby World Cup.

“The bookmakers are there to make money‚” said Louw when reminded that Wales have the longest odds of the four remaining teams to win the tournament.

“From a rugby perspective they have been playing consistently well over the last few years. They even floated as the top ranked team in the world for a few days or hours.

“At no stage has anyone underestimated them. You do that at your peril.

"They are a fantastic outfit. They are a very well organised and structured side which wholeheartedly rely on their systems to perform. They do have a massive aerial game‚ they have a solid defensive system and try and force errors on the opposition and try and capitalise on it.

"They are on a bit of a roll‚ winning the Six Nations and gaining in confidence.”

Louw believes that Wales will almost certainly be better than they were against France.

Wales were perhaps a little fortunate to get past the French but they cannot possibly be as poor again.

“They obviously had a close call against France but they will take what they can from that match and come out a different team in the semifinal‚" he said.

"At the end of the day play-off rugby is different. It is not about how much you win. You just need to win.”

Although Wales have a good recent record against South Africa‚ the Springboks haven’t been able to summon their best players in those matches.

It is a point scrumhalf Faf de Klerk felt fit to highlight.

“Well‚ looking at the stats‚ they probably do (have the wood over the Springboks)‚" he said.

"But we probably have our best team and best structure we’ve had in a few years.

“Looking back at 2016‚ when I last played them‚ we had a completely different way of playing and attacking‚ and we didn’t really get into what makes them tick and the way they play.

“Now‚ in just one session‚ I’ve got a much broader view of what they bring and what their threats are.

"So‚ as a team‚ we are more in tune with how they want to play‚ and we are getting into stages where we want to find ways to counter the stuff they bring.

“It’s going to be a slippery one for us‚ but it is a semifinal and they are going to pose threats.”