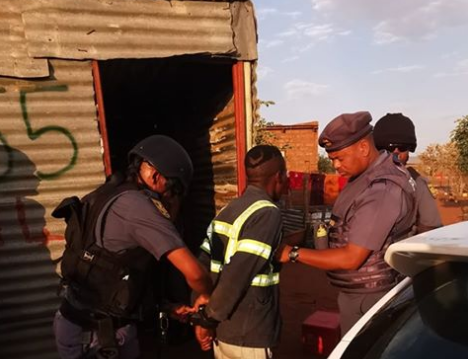 One of four suspects wanted for the rape and murder of a young girl in Kakamas in the Northern Cape in September was arrested in Kuruman on Friday.
Image: Supplied by SAPS

One of four suspects being sought for the rape and murder of a young girl in Kakamas in the Northern Cape in September has been arrested.

Northern Cape police said that members of the Kimberley Tactical Response Team, who were following up on information received, had arrested the suspect at 5.30pm on Friday.

“The information was operationalised and the suspect was arrested at Promise land settlement in Kuruman,” police said.

The suspect was positively identified by the Upington Family Violence Child Protection and Sexual Offences Unit, they added.

The suspect is expected to appear before the local magistrate’s court soon.

Police investigations into the girl’s rape and murder are continuing.

Women and Men Against Child Abuse on Thursday expressed outrage that the lawyers of a man convicted of sexually grooming and raping his mentally ...
News
2 years ago

The mother of a 14-year-old girl who was allegedly raped by a foreign shop owner says her daughter was given R5 for her silence.
News
2 years ago
Next Article