Talking points from the first week of Rugby World Cup 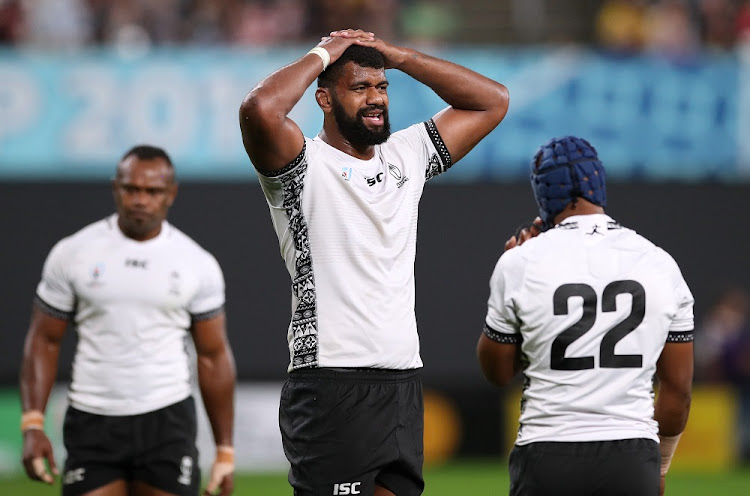 With the first full week of Rugby World Cup 2019 done and dusted‚ we look at some of the news that has made the week.

Cheika defends Hodge’s evidence a hearing In Wallaby coach Michael Cheika’s world‚ everyone and everything is against he and his team and this time he appears to have a point. Cheika came out in defence of wing Reece Hodge‚ who was banned for three matches for a dangerous tackle during Australia’s 39-21 win over Fiji.

The Wallabies have been criticised and even mocked‚ after Hodge apparently admitted to not knowing the dangerous tackle law framework during his hearing. Cheika took exception to that.

“There has been some chat about the players not being told about the framework (that officials use to determine a dangerous tackle): the judge put it in there. I want to make a couple of points. The framework is for referees‚ not the players‚ and used to decide whether there are red or yellow cards in a game. In my view‚ the officials in this tournament are using that framework very well.

Hosts Japan stunned Ireland 19-12 in an extraordinary upset on Saturday to win their second match of the Rugby World Cup and give themselves a strong ...
Sport
2 years ago

“Second‚ our players are coached to tackle around the middle where they can dislodge the ball. We do not need the framework to tell them how to tackle. I am not sure where that is coming from and I do not know why it was put in the judgment.

“Reece was nervous while giving his evidence. There are people starving out there but they flew a QC over. When people are asking you questions and you have done nothing wrong you are nervous and may not have answers to all the questions on the top of your tongue. We thought we would just mention it. People are making a point about us so we thought we would make one back – a bit of tennis.”

The first week of RWC 2019 has seen World Rugby live up to their warning that high and dangerous tackles would be severely punished.

Four players have appeared at disciplinary hearings and been heavily sanctioned.

For Quill‚ Lee-Lo and Matu’u it almost certainly represents the end of their RWC adventure as their countries are unlikely to advance to the quarterfinals.

Match officials though have come under fire for their handling of the offences during play.

Only Quill earned a red card for his tackle in the match and the two Samoans received yellow cards while Hodge escaped any on field punishment‚ which has been heavily criticised.

“I don't think anybody's ever‚ out on the field‚ trying to put in high shots or anything like that. I'd say 99.9 percent of the time it's accidental - just slip-ups‚” Moody said.

Moody has history with the judiciary and was considered lucky to escape punishment during the All Blacks’ opener against the Springboks. Video emerged after the game showing the prop making contact with the heads of Springboks Malcolm Marx and Duane Vermeulen. He was not subsequently cited.

“It doesn't really matter now whether it's a heavy shot and a guy gets knocked out or whether it's just a graze but you've made contact with the head - you're going to get the same penalty for it‚” Moody said.

“There's a very fine line especially if the player is falling‚ ducking low or whatever. "The best circumstances for the defender‚ we always practice to dip late and get under the ball so for the majority of the time we're trying to get low‚” he added.

“But it's the ones where you get caught in a bad position and end up throwing an arm out or just hit high" that prove costly.”

The form of Springbok captain Siya Kolisi will come into sharp focus when South Africa clash with neighbours Namibia in the city of Toyota on ...
Sport
2 years ago

Is the gap between tier one and the rest closing?

For the first time in the history of the RWC no team scored over 50 points in the opening round of matches in Japan.

Usually there are some massive blowouts between teams in early Pool matches‚ but up until Saturday morning‚ the biggest winning margin in the 12 matches played‚ exactly a quarter of the total‚ was Italy’s 48-7 win over Canada.

It could be coincidence‚ it could be evidence of a narrowing of quality between the haves and have-nots‚ or it could be the heat and humidity has made handling difficult.

All Blacks get dirty before Canada clash

The All Blacks tried a new recovery technique after their bruising 23-13 win over the Springboks in Yokohama in round one.

The usual ice baths were dispensed with for a day‚ as the reigning world champions took to a traditional Japanese hot dirt bath in volcanic sand.

Based in Beppu in the south of the country‚ the town has one of Japan’s largest natural springs.

Bathers wear traditional white robes and are covered in hot sand that has been heated by the volcanic spring as a way to restore tired muscles.

'You don’t make up the numbers‚ so don’t embarrass yourself‚' was the message Namibia’s Rugby World Cup (RWC) squad was sent into battle with before ...
Sport
2 years ago

In a country where everything‚ especially the language, feels as foreign as it can possibly get‚ the Springboks will be drawn even further out of ...
Sport
2 years ago

World Rugby took the trouble to gaze inward and found their match officials were inconsistent during the opening weekend of the Rugby World Cup (RWC) ...
Sport
2 years ago
Next Article