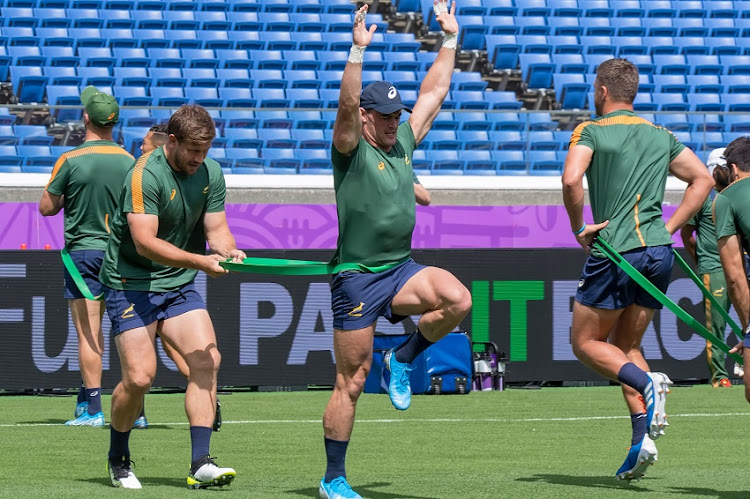 A leg injury has forced centre Jesse Kriel out of Saturday’s Rugby World Cup clash against Namibia in the City of Toyota Stadium.

Kriel got a bump on his hamstring and should be ready in the next seven to 10 days.

His absence means Lukhanyo Am is again pressed into action after the outside centre played against the Al Blacks in Yokohama last weekend.

Am will partner Frans Steyn in midfield ‚ while as expected Elton Jantjies will be inside him at first receiver.

As anticipated Springbok coach Rassie Erasmus made sweeping changes to the team to accommodate rest and recovery following last weekend’s exertions against the All Blacks.

Of course‚ he is also trying to avoid any peril to his regular starters ahead of the knock out stages.

For the players who did crack the nod for Saturday’s game it is an opportunity to re-establish their credentials with the coach.

Following last weekend’s defeat against the All Blacks‚ there may well be one of two places up for grabs when the business end of the tournament starts.

The most interesting selection isn’t so much the inclusion of Schalk Brits‚ as where he will be deployed.

The hooker will wear the No8 jersey as well as the captain’s armband as he did against Argentina earlier this year.

In fact‚ that was the last Test in which Brits featured.

“When you have a group of 31 players together for eight weeks and you’ll need to try and rotate players‚" said Erasmus.

"If you have three hookers the third hooker doesn’t get a lot of game time.”

He is in a somewhat unwieldy backrow formation that also includes Francois Louw and Kwagga Smith. Should the Boks require more ball carrying mass‚ Franco Mostert has been included as a loose forward substitute‚ as has tour captain Siya Kolisi.

“We need to get Siya up to speed. It is vital to give him another 30 minutes‚” said Erasmus.

Speaking of speed‚ Erasmus believes the make-up of the backrow gives them that commodity.

At the back Herschel Jantjies can expect to revel in more time and space next to his namesake at halfback‚ while Warrick Gelant‚ who is yet to burn as brightly as he did last season‚ is expected to explore the wide open spaces from fullback.

S’bu Nkosi‚ who was so electrifying against Argentina at Loftus‚ is back on the right wing‚ while Makazole Mapimpi‚ who was disappointing against the All Blacks‚ cracks the nod again on the other wing.