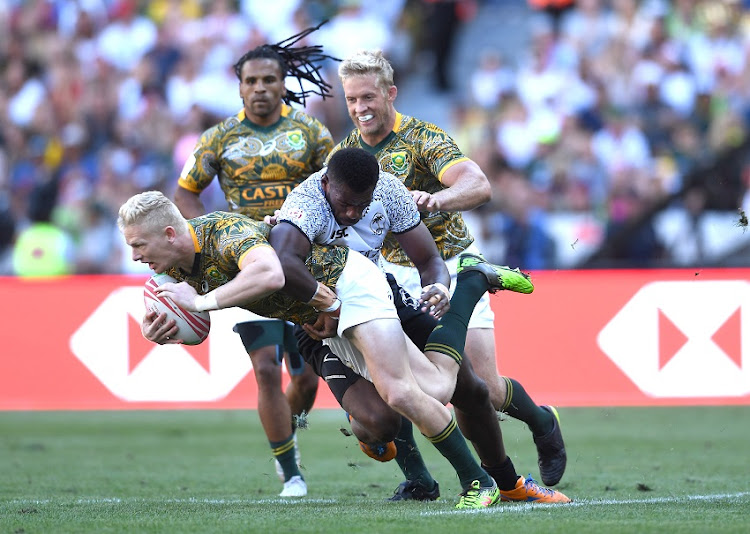 It might have been a pre-season warm-up but the Blitzboks’ win at the Oktoberfest7s in Munich at the weekend sent a warning to the sevens world that they mean business.

Coach Neil Powell took his strongest possible team to Munich for the tournament and was rewarded with an undefeated weekend‚ which featured wins over New Zealand in Pool play and Fiji in a tight final.

The Blitzboks also beat England and Australia the Pool and Germany in the semi-final.

In the final against Fiji captain Siviwe Soyizwapi scored a last minute try and converted it himself to give the Blitzboks a 12-10 victory.

The 2019/20 World Sevens Series starts in Dubai in early December and the season is bookended with the Olympic Games in Tokyo next August.

For SA Sevens coach Neil Powell‚ it was a pleasing outing‚ as they achieved many of their objectives on the trip.

"We came here to work on our structure and game plan and although we won the final‚ it's still early days in our season and we're not yet where we want to be‚” Powell said.

“Nevertheless‚ it was a great effort from the boys out there today.

"It's never easy against Fiji. If you give them possession and you allow them to play‚ they will punish you.

"It's always tight against them‚ and there is usually only two to five points in it - today was no different and I think it was an amazing final."

Earlier in the day‚ the South Africans had to survive two late tries from Germany in the semi-finals of the tournament‚ winning 17-12.

They were leading 12-0 and later 17-7 before the home side scored a late try and only desperate defence from the South Africans prevented the Germans from getting a try that would have tied the scores and giving them a possible conversion to win.

Powell was pleased with the effort on the day.

"I can't fault the guys for the amazing character they've shown out there today‚” Powell said.

“We'll never go into any tournament not hoping to be successful and while we we're not as sharp as we should be‚ we're still very happy with the win.

“We knew we were going to make some mistakes as the players are still settling into their roles and responsibilities‚ but this has been a great way to build up to the World Series.

“We looked after our systems well and really defended well at times. We did get it wrong at times‚ but that was expected. We are weeks ago from our first tournament‚ so mistakes were always going to be part of this showing in Germany‚” he said.